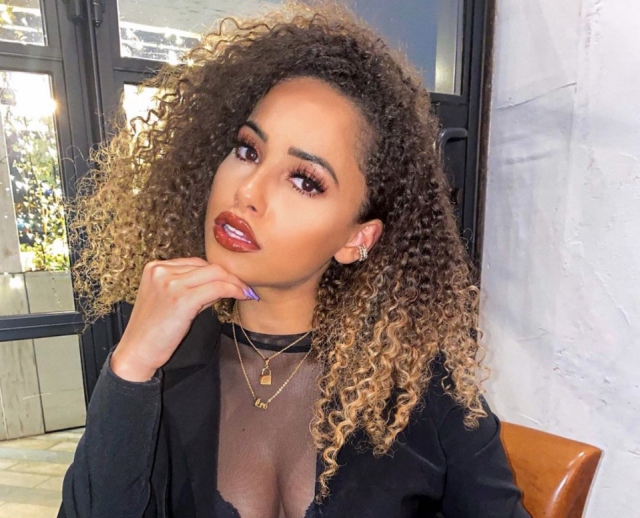 Amber Gill has defended using the Black Lives Matter hashtag on a glamorous photograph of herself, after the death of George Floyd.

The Love Island winner came under fire when she used the hashtag on a selfie of herself – as some followers said it was “tasteless” and “insensitive”.

Taking to her Instagram Story last night, Amber explained why she used the hashtag, and admitted that she was “heartbroken” over George’s death.

“I’ve literally spent my whole day heartbroken and thinking about this whole situation in America with George Floyd, it has broke my heart,” she said.

“I was watching videos and seeing what other people were posting, I was just really upset, I didn’t know what to say, post or anything.”

“I just see too much of it and it’s really upsetting, then I had a photo to post to Instagram anyway, so I posted that photo. I saw it was getting good reach in a couple of minutes.”

“I thought you know what, I’m going to put Black Lives Matter and get people to click on the hashtag.  It’s going to go far and wide. People are going to look at the thing and the story,” she continued.

“I was going to comment underneath my photo explaining why I put it on. Straightaway, in the comments, I noticed people were saying ‘wow, so tacky, tasteless and insensitive.'”

“I didn’t have any plan in mind of anything I wanted to post regarding the situation. I just wanted to say sorry if I offended anyone, it always comes from a  good place and I will talk about it,” she said.

“It’s just really raw at the minute. I just hate it and can’t talk about it properly as I get so vexed, angry and upset. I can’t articulate myself properly. So yeah, it is what it is,” she added.

Amber is one of many celebrities to react strongly to the death of George Floyd, who died in police custody earlier this week in Minneapolis, Minnesota.

The harrowing event was caught on video, and it showed a police officer kneeling on his neck while George shouted out, “I can’t breathe.”

The footage went viral on social media, and the four officers involved have since been fired.