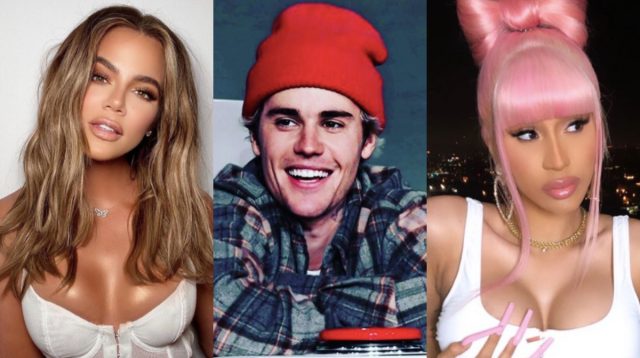 Khloe Kardashian, Cardi B, Kris Jenner and Justin Bieber are among celebrities who have expressed their outrage – after a black man died in police custody.

The harrowing event was caught on video, and it showed a police officer kneeling on his neck while the man shouted out, “I can’t breathe.”

The footage went viral on social media, and the four officers involved have since been fired.

Justin Bieber shared footage of the incident on his Instagram account, and wrote: “This makes me absolutely sick.”

“This makes me angry this man DIED. This makes me sad. Racism is evil We need to use our voice! Please people. I’m sorry GEORGE FLOYD,” he added.

Khloe Kardashian and Kris Jenner also shared a cartoon image of George Floyd on their Instagram Stories, as they demanded justice for the deceased.

Cardi B also shared a tribute to George on her Instagram feed, and said: “Enough is enough!”

“You don’t put fear in people when you do this you just show how coward YOU ARE ! And how America is really not the land of the free !” she penned.

Enough is enough! What will it take ? A civil war ? A new president? Violent riots ? It’s tired ! I’m tired ! The country is tired !You don’t put fear in people when you do this you just show how coward YOU ARE ! And how America is really not the land of the free !

Four officers were fired after the incident, and an investigation is underway by the FBI and Minnesota Bureau of Criminal Apprehension.

The police officers have not been identified.