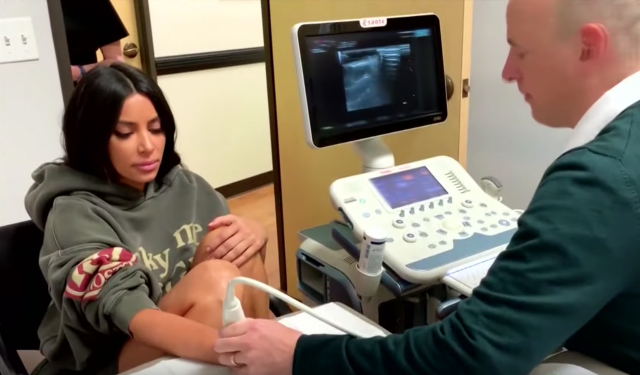 A dramatic new trailer for Keeping Up With The Kardashians has dropped, ahead of the series returning this Sunday on E!

As expected, season 17 of KUWTK will be filled with drama, as it documents the crazy lives of the Kardashian/Jenner clan.

In a sneak peek for the new season, Kim Kardashian hints at a secret health battle, as she can be seen getting tests in the hospital, and saying, “I feel this in my bones, I probably have Lupus.”

The video then cuts to Kim crying at home while talking to her momager, Kris Jenner, who tells her, “Stay positive until we get some results.”

Lupus is a systemic autoimmune disease that occurs when your body’s immune system attacks your own tissues and organs.

The reality star already struggles with psoriasis – another autoimmune disease that causes red, blotchy and scaly patches all over the skin.

The dramatic trailer also shows Khloe Kardashian dealing with the fallout of Tristan Thompson’s cheating, as she appears upset at her daughter’s first birthday party – which took place just weeks after he admitted to kissing Jordyn Woods.

Kris Jenner also addresses ongoing rumours that she had an affair with O.J. Simpson – who was accused of murdering her best friend Nicole Brown Simpson back in 1992.

In another scene, Kourtney Kardashian’s ex beau Scott Disick appears to be in a row with Kris’ boyfriend Corey Gamble.

And in the trailer’s final scenes, Kris can be seen lying on a stretcher in a neck brace, before being rushed to the hospital.