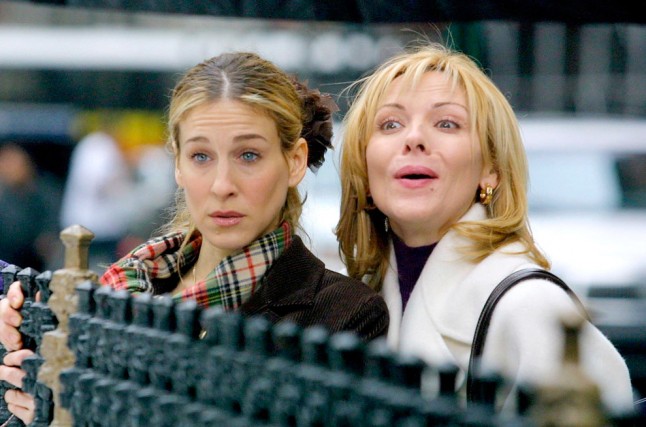 Sarah Jessica Parker has admitted she doesn’t want Kim Cattrall to reprise her role as Samantha Jones in the Sex and the City reboot.

The 65-year-old played the iconic PR guru in the original series and the two movies that followed, but didn’t appear in HBO Max’s revival series And Just Like That.

The characters addressed Samantha’s absence in the new show by revealing she had moved to London, after “firing” Carrie as a friend because she couldn’t keep her on as her publicist.

However, Samantha was still incorporated into the series through text messages exchanged between her and SJP’s character Carrie Bradshaw.

While viewers were delighted by the subtle Samantha references, fans are still holding out hope Kim will return as Samantha for a second season of the show.

But sadly, it doesn’t look like that’s ever going to happen…

During a new interview with Variety, Sarah Jessica was asked if she would be “OK” with Kim returning to the SATC franchise.

The 56-year-old replied: “I don’t think I would, because I think there’s just too much public history of feelings on her part that she’s shared.”

“I haven’t participated in or read articles, although people are inclined to let me know.”

The actress explained: “We didn’t go to Kim for this, you know. After we didn’t do the movie and the studio couldn’t meet what she wanted to do, we have to hear her and listen to her and what was important to her.”

“It didn’t fit into what was important or needed for us. There’s a very distinct line between Samantha and Kim.”

“Samantha’s not gone. Samantha’s present, and I think was handled with such respect and elegance. She wasn’t villainized.”

“She was a human being who had feelings about a relationship, so I think we found a way to address it which was necessary and important for people that loved her.”

Before the HBO Max reboot came to fruition, a third Sex and the City movie was in the works – but the film was never produced after Kim refused to take part.

Kim’s refusal to take part has long been blamed on her “feud” with Sarah Jessica.

Back in 2017, the actress spoke about their feud on Piers Morgan’s Life Stories, and claimed Sarah “could have been nicer”.

In a shocking move, Kim fired back by dedicating a post to SJP, and wrote: “I don’t need your love or support at this tragic time @sarahjessicaparker.”