Jeremy Kyle has finally broken his silence, after ITV axed his show following the death of a man who failed a lie-detector test during filming.

The channel chose to scrap the series, after guest Steve Dymond allegedly took his own life, just over a week after he reportedly filmed the programme.

Speaking to The Sun, Jeremy said: “Myself and the production team I have worked with for the last 14 years are all utterly devastated by the recent events.”

“Our thoughts and sympathies are with Steve’s family and friends at this incredibly sad time.”

On Monday, the ITV programme was pulled off air, after guest Steve Dymond was found dead after an apparent drug overdose – ten days after he filmed the show.

During filming, the 63-year-old took a lie-detector test to convince his fiancée Jane Callaghan that he hadn’t been unfaithful. However, Steve failed the test and subsequently split from his fiancée.

According to a pal, Steve had told his landlady he was feeling suicidal after the show.

Michael Bradley told the Daily Mirror: “He told her, ‘I’ve had enough, I’m going to kill myself.’ He failed the lie detector test but was adamant he hadn’t done anything wrong, saying, ‘I’ll come up with flying colours, I’ve never cheated on her.’” 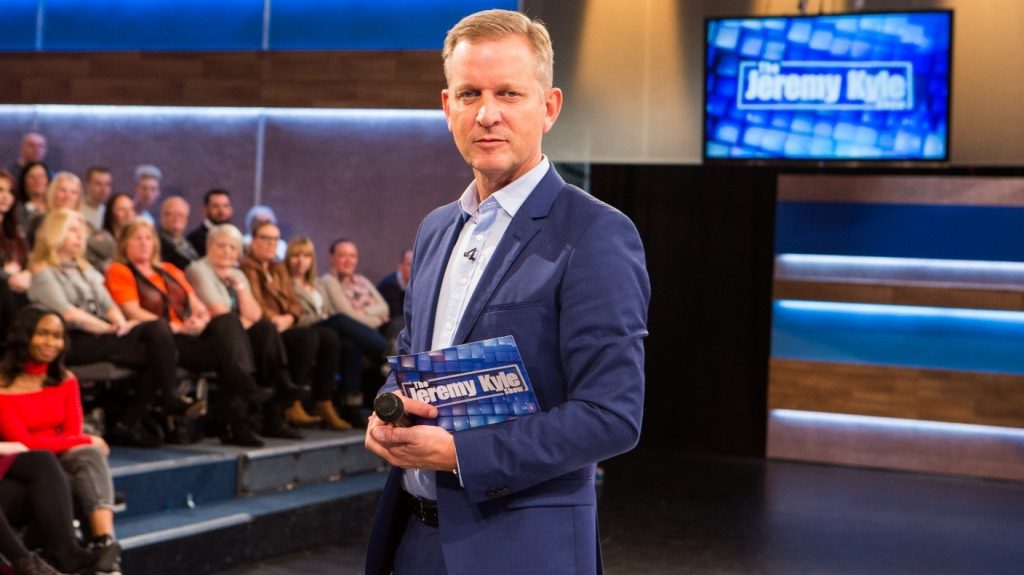 “He got made out to be wrong but he wasn’t. Those lie detector tests aren’t 100%. Steve said he’d recently split with his fiancee but was getting ­reconciled.”

“He contacted Jeremy Kyle himself to prove he was innocent. That’s how confident he was that he hadn’t done anything.”

Following the news of Steve’s death, many called for The Jeremy Kylie Show to be cancelled for good.

It’s now been revealed a Grandfather, 62, killed himself after being ‘humiliated and traumatised, by a failed Jeremy Kyle lie detector test. I HATE this type of fucking TV show. Preying on people’s emotional weaknesses. I hope this is the last we see of it on our screens. @ITV

In response, ITV’s CEO Dame Carolyn McCall said in a statement this morning: “Given the gravity of recent events we have decided to end production of The Jeremy Kyle Show.”

“The Jeremy Kyle Show has had a loyal audience and has been made by a dedicated production team for 14 years, but now is the right time for the show to end.”

“Everyone at ITV’s thoughts and sympathies are with the family and friends of Steve Dymond.”