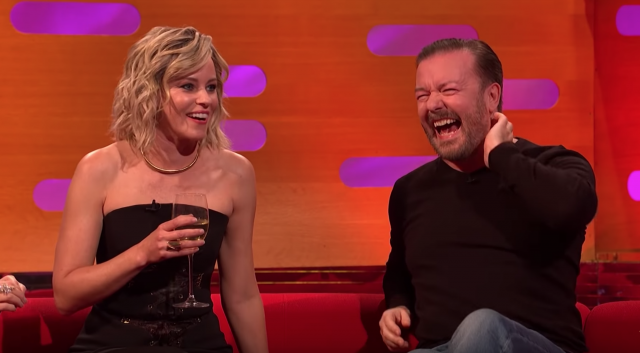 Elizabeth Banks shocked viewers last night after she made a controversial joke about Prince Andrew on The Graham Norton Show.

The actress appeared on the show on Friday alongside Ricky Gervais, Kylie Minogue and Lewis Hamilton, and during her interview, she took a pop at the Duke of York.

Graham tried to embarrass Elizabeth by showing an old photo of her from when she was a teenager, and then pointed out a stray hand touching her shoulder in the picture. 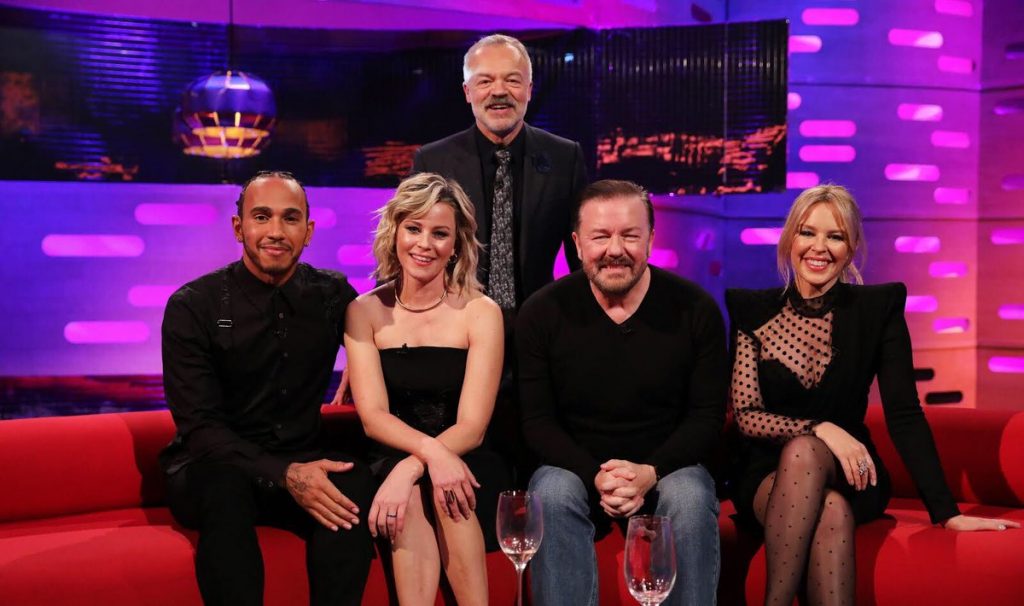 Graham said: “I’ve only just noticed this hand, is it someone saying, ‘You’ll regret this photograph?'”

A shocked Ricky Gervais said, “Oh God, Jesus,” before Graham joked that it was just photoshop.

Prince Andrew came under fire last week, when he finally addressed his relationship with the late Jeffrey Epstein during a controversial interview with Newsnight.

During the interview, the Duke denied having a sexual relationship with Virginia Roberts Giuffre when she was 17 back in 2001.

Despite his denial, the way Prince Andrew answered the interviewer’s questions sparked serious backlash – and he’s been forced to step down from royal duties.