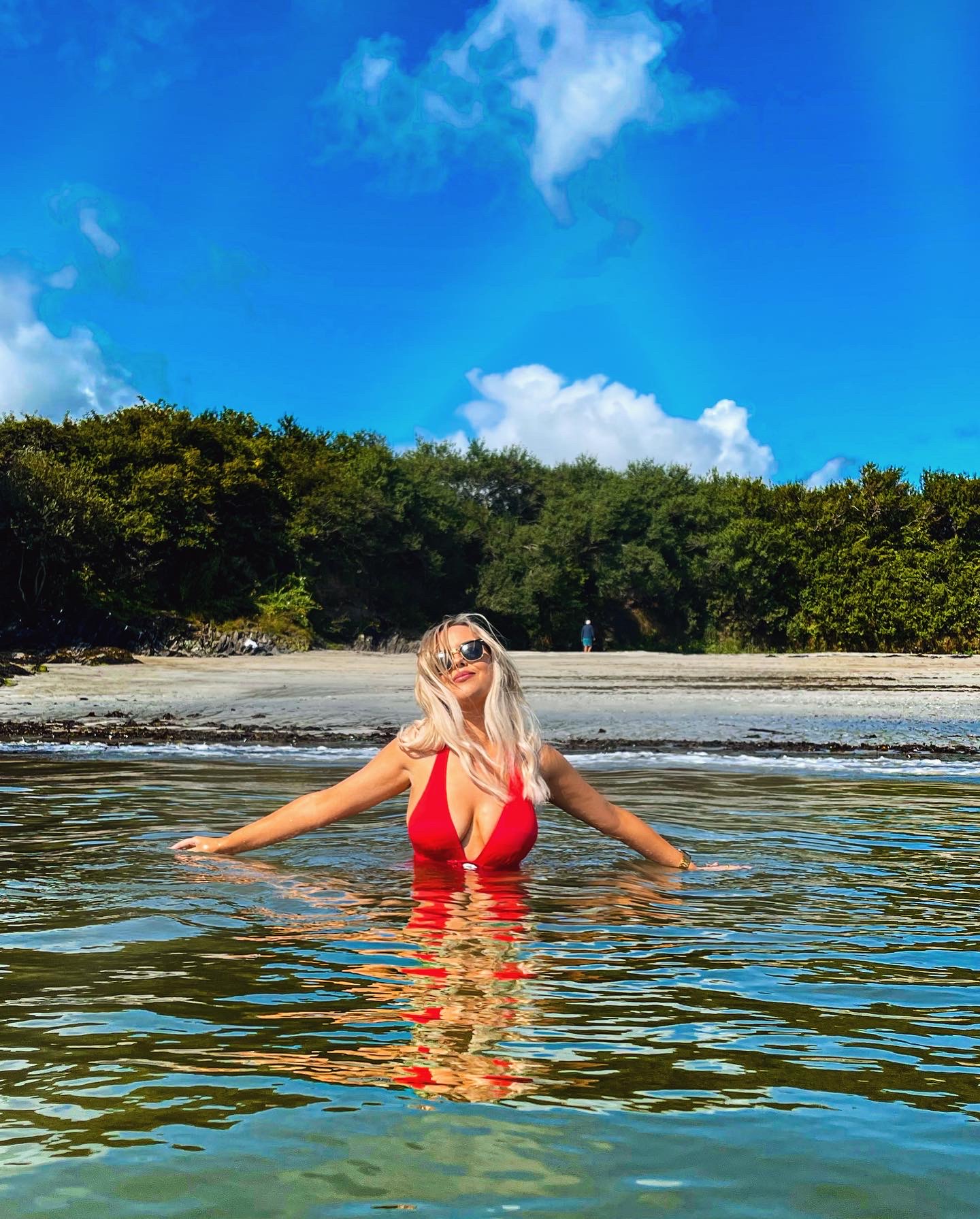 I finally got to go on my holibops, and it wasn’t in Marbella, or LA, or any of my usuals, instead I headed to Cork.

A year on from a summer where I spent all my time in my former one-bed apartment by myself, as I watched pretty much everyone I knew enjoy staycations, I finally got to go on one myself.

12 months ago I was sans vaccine and full of worry, so to say it’s a relief to now enjoy slightly normal life again would be an understatement.

Myself and my mate headed down to The Montenotte for a press stay, and it was exactly what the doctor ordered.

Prosecco on arrival, dinner with a stunning view and drinks next to an actual real life DJ (I knowwwww), the first night was the perfect mixture of relaxation and excitement.

Making sure we made the most out of our time away, we kicked off the next morning with a walk around Cork city (also helped to rid us of our hangovers) before jumping in the car and exploring as much of the rebel county as we could.

The first stop was Kinsale beach where the clouds parted and the sun beamed on us both as we splashed around in the refreshing salt water (and took lots of pictures obviously). 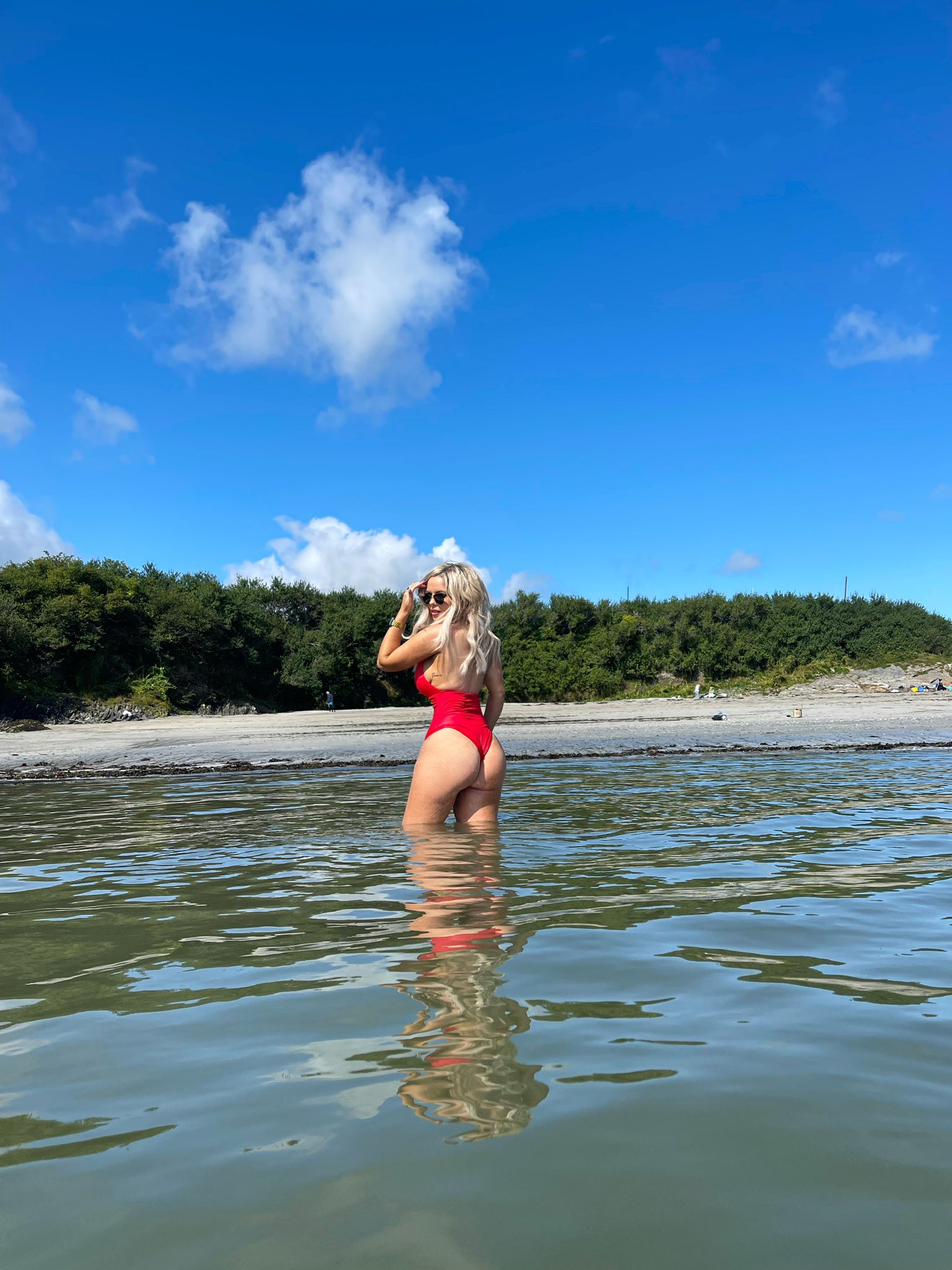 Walking out of the water and back on to the pebble beach we both agreed how lucky we were to get such a lovely day on a stunning beach, in our own country. Who needs Marbella eh?

Given time was of essence we kept our Montenotte robes on as we drove to our next stop; Schull.

Yes in recent weeks the seaside town has become the centre of conversation for the unsolved murder of Sophie Toscan du Plantier thanks to both Netflix and Sky documentaries on the shocking story but we went there to discover something much less important: the perfect pub grub.

We stopped off on the Main Street and got the perfect toastie and chips before our journey continued. Who knew it was only going to get better.

Next stop, just 15 minutes away, was a gorgeous spot called The Altar. As we edged more towards the furthest point in South West Ireland it felt like we were getting closer to nature, closer to the true beauty of Ireland.

We got back in my Toyota CHR (I’m a brand ambassador for Toyota Sandyford) and headed for the most mesmerising destination; Mizen Head.

Nothing could prepare us for the stunning views as we passed Barley Bay and headed for Mizen Head Bridge. We made it, we were at the very edge of Ireland, the edge of the world it truly felt like.

Once again we took a moment to state the obvious: Ireland is the best country in the world.

I’ve been so guilty of leaving this gorgeous isle behind time and time again to discover other parts of the world, but we really have everything right here.

Two hours later we were back in Cork city and enjoying our final meal (and final bottle of Prosecco). We called it a night well before midnight and we both woke up after having a deep, relaxing sleep.

The fresh air, refreshing sea water and stunning views hit all of my senses just right, and I can safely say I had one of the best sleeps I’ve had all year on that final night.

I’m off to Galway next, so expect more pictures, videos and gushing about Ireland.

Now onto the dramatic bit, can we please talk about Love Island’s Liberty?

She really took hold of the meaning of her name this week when she freed herself from (snakey) Jake and decided to love herself instead of loving someone who didn’t really love her back.

The show comes under constant criticism for messing with the contestant’s emotions and manipulating story lines for viewers enjoyment, but this moment right here, this is why I love it.

Most girls in Lib’s position would have faked it til they made it and would have stayed coupled up with Jake even though they felt something was wrong.

This isn’t just because they would want to win the show by the way, most women get stuck in this trap every day.

My eyes welled up as I saw Liberty question herself, her behaviours and even her looks because of constant little digs Jake had been throwing her way.

Haven’t we all been there? Stayed with the wrong guy or girl for too long, put their needs and wants first before our own, tried to change ourselves so we could fit into their perception of the dream partner?

But instead of letting it carry on, instead of staying in something comfortable, instead of trying to win the most popular reality show on TV, she walked away.

I really hope girls all over the UK and Ireland can learn a thing or two from Liberty. Not only did she give solid, loving advice to all of her cast mates, she listened to her own gut and she chose to love herself.

Faye hit the nail on the head when she told Liberty even though she was leaving single she had found something better than love, because she had found herself.

God I wish she could win Love Island just for that.

PS we are hosting a Countdown Show ahead of the finale Monday 23rd from 8pm (details here).

We will be chatting live to this year’s Love Island stars Matthew, Amy and Chuggs plus former villa housemate Anton.

You can watch the event live on our YouTube channel.