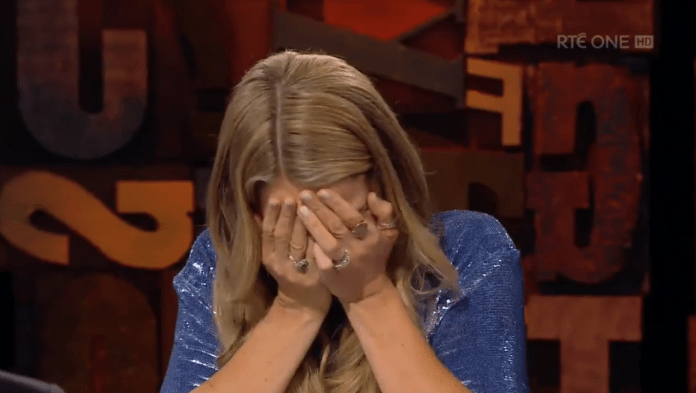 The mum-to-be, who is expecting her first child with former Made in Chelsea star Spencer Matthews, appeared as a panellist on Brendan O’Connor’s show on Wednesday night.

When speaking about her decision to post videos of her working out while pregnant on social media, Vogue let slip that she’s expecting a baby boy.

.@voguewilliams talks about training during her pregnancy and has she just revealed her baby’s gender?! #CuttingEdge is live @rteone now! pic.twitter.com/vH9Tsh3MNt

“It’s healthy to train during your pregnancy, particularly for me, because I trained the whole way before [becoming pregnant].

“It’s like, I’m not eating for two people. My baby is the size of an Heirloom tomato today – I Googled it! So, like, that is not two people! It’s a little tomato.”

Brendan then asked, “A little tomato… Is it happy in there right now on television?”

Vogue quickly replied, “He’s delighted with himself!” before Brendan exclaimed, “Is he? So it’s a boy!”

The audience started cheering as Vogue said, “I hate you! I knew I would do it!”