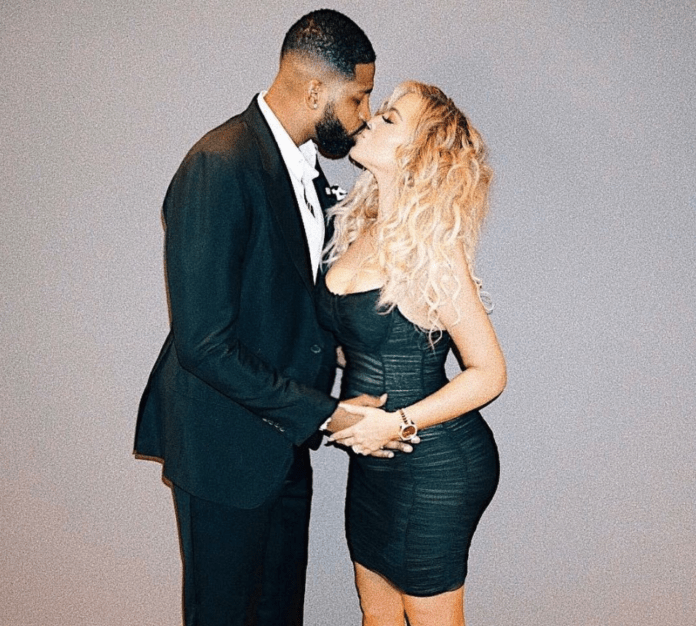 Tristan Thompson was booed at his Cleveland Cavaliers basketball game last night, amid reports that he cheated on his heavily-pregnant girlfriend Khloe Kardashian.

The Cavs played the New York Knicks on Wednesday, and Tristan received a frosty reception when he showed his face on the court.

The 27-year-old was brought on to replace LeBron James during a time out at the end of the first quarter.

And according to onlookers, Tristan was booed when his face was shown on the big screen, and again when he was called for fouls.

The Cleveland Cavaliers were beaten 110-98 in the end, and the game commentators even alluded to Tristan’s cheating scandal by mentioning that he had “recently been in the headlines”.

According to a fan tweet on social media, someone in the crowd was holding up a sign which read, “We love Khloe.”

@RealTristan13 in case you didn’t see this during the game!! pic.twitter.com/I2GDLM9XMo

Tristan’s was on the basketball court while Khloe was reportedly having “early contractions”.

TMZ have reported that Khloe’s family are jetting to Cleveland to be by her side.

Source told the site that Khloe’s mother Kris Jenner flew out Wednesday morning, while her sister Kim and other family members are scheduled to fly out Thursday and Friday.