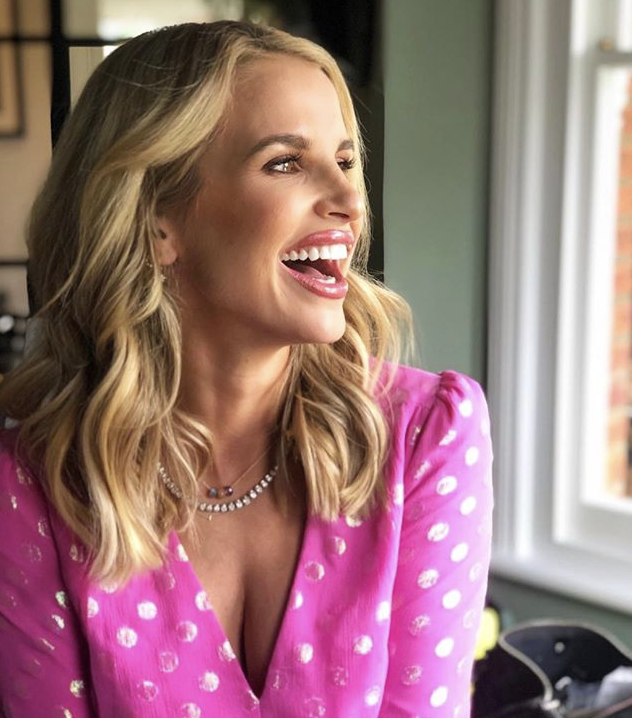 Vogue Williams is being tipped to take over from Holly Willoughby on Celebrity Juice.

It comes weeks after Holly, 39, announced she was stepping down from the panel show after 12 years.

Although Love Island host Laura Whitmore was first linked to the gig, TV insiders are now placing their bets on Vogue, 34, to land the role.

“The pull for Vogue is that she has this aspirational home life with Spencer and the kids but on Celebrity Juice she would show off a side of her you don’t see,” a source told the Sun on Sunday newspaper.

“Like Holly, Vogue is the perfect role model but then on Celebrity Juice you would see her getting up to all sorts of things,” the TV insider added.

The mum-of-two was forced to defend her reasoning for going back to work so soon.

“Gonna nip this in the bud as I’ve already had mails about it. I can’t wait to go back to my radio show tomorrow, door to door it takes 4 hours meaning I miss one feed which I will pump at work,” she told followers on Instagram.

“Theodore and Gigi’s dad will be with them. I am with them 90% of the time and getting to go back to a job I love is brilliant.

“I adore my children, I adore working and I’m able to do both which I am very thankful for,” Vogue added.