The 22-year-old’s mother Victoria hails from Crossmolina, and after leaving for London in 1990, she would bring Toby back there to visit his cousins during the summer.

Speaking to Ray D’Arcy on his RTÉ Radio 1 show, Toby said: “When I was a child, summer holidays come up, and my mum would just, like, throw me to Ireland. Like, ‘Go there!’ and I’d be like, ‘Ok, cool’. [She would say] ‘I’ll be right back’ and just leave! She’d go back to England!” 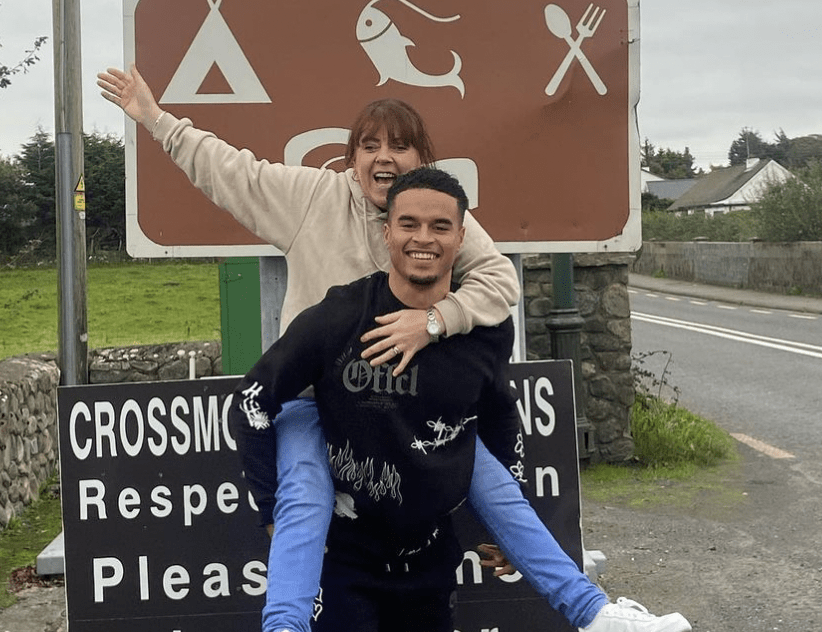 “I just dropped them off and then went back!” Victoria recalled with a laugh.

“We didn’t have a clue until she went!” Toby noted.

“They went out from morning to night and they only came back when they were either dirty or hungry so that was it.”

“That was the good old days,” Toby said. “I was chasing frogs around in the fields, running after cows – it was weird!”

“I think you fell into a stream at one stage as well,” Victoria added.

Toby said he had “the best memories” from those summers in Ireland.

The reality star reunited with Irish Love Islander Matthew MacNabb at The Dean Hotel in Dublin on Wednesday, where they enjoyed a pint of Guinness together as they celebrated Toby’s partnership with boohooMAN.