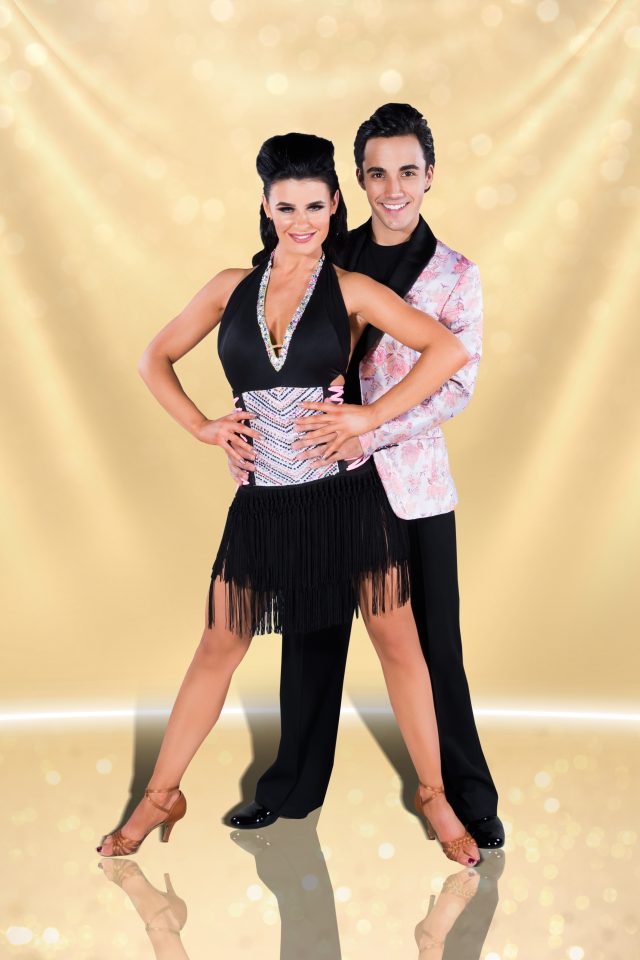 Jack Carter has called for Dancing With The Stars to change up the show by introducing same sex partners.

The singer, who won the show earlier this year with Karen Byrne, said, “In this day and age I think it would be great to see.”

“I think it would be very difficult from a dancing point of view in terms of lifts and different parts and it would have to come from the top of the Strictly franchise but it should definitely be something for the future, I think it would be a good thing,” he told the Irish Sun.

After winning the show back in March, Jake started dating his pro dancer partner just a few months later.

The show is set to return in the new year, and Karen will be partnered with a new star – but thankfully Jake isn’t worried about any ‘Strictly curse’.

“I don’t believe in it (the Strictly curse) at all, honestly I get where people see it but I think anyone who spends that much time with someone, if them two people fall in love or are attracted to each other then that happens everywhere,” he said.

“I wouldn’t be worried about it anyway and I wouldn’t be a jealous type, I’m just looking forward to the show starting back and actually be able to go to the show and not be bricking it about the dancing.”

Jake also opened up about how the show has helped his career as a singer.

He confessed, “It changed my life definitely for the better, first of all from the music side of things, people have started to recognise me in my own right as a singer as opposed to being Nathan’s brother which is great.”

“I obviously met my now girlfriend on the show too so it’s probably been one of the best years of my life. It’s obviously boosted my profile but I don’t know about talking about the financial side, for me it’s allowed people to see my music and that’s really what I’m all about.

“In music you hear that people do it to make money but it’s not about that, I want to make music and to hear people sing my stuff is the best feeling in the world rather than the money side of things,” he added.