Irish music fans will be treated to a one-off live music event tonight, as bands come together across the country in support of Minding Creative Minds and the Association of Irish Stage Technicians (AIST) Hardship Fund.

Produced for RTÉ by ShinAWil, Songs from An Empty Room promises over two hours of top-class musical performances, broadcast into homes from much-loved venues around the country – including The Olympia Theatre in Dublin, Cyprus Avenue in Cork, Dolan’s in Limerick, INEC in Killarney and Galway’s Roisin Dubh.

The show, which will broadcast from 8.30pm-10.45pm on RTÉ2, will also air on RTÉ 2FM, and will be streaming live and on-demand on RTÉ Player. 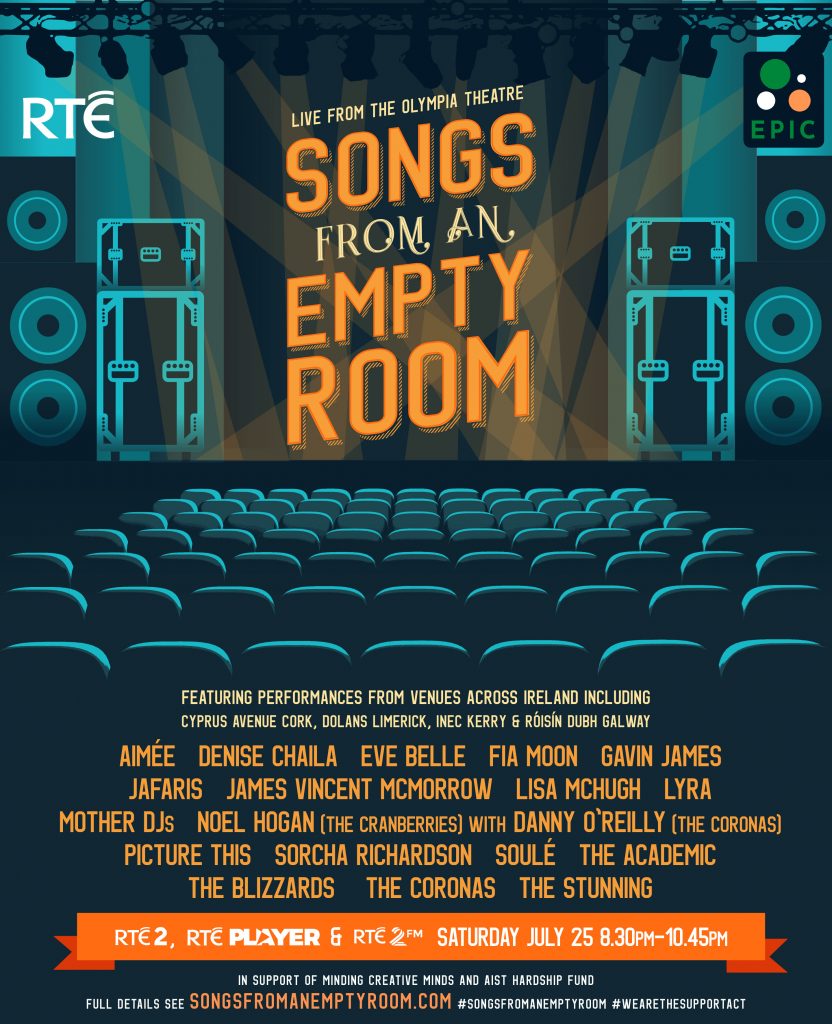 Hosts Eoghan McDermott and Jenny Greene will be in situ, interviewing a number of the featured artists in The Olympia Theatre, and other performances will take place in various famous live music events across the country.

The event is produced by EPIC – Event Production Industry Covid-19 Working Group – a cross-event working group representing the Live Events Sector formed to help the industry during the current crisis.

A memorable, poignant, and historical night of music in these extraordinary times, the broadcast will also feature footage from behind-the-scenes in Ireland’s event industry, with a focus on the people whose livelihoods have been severely impacted by the Covid-19 pandemic.