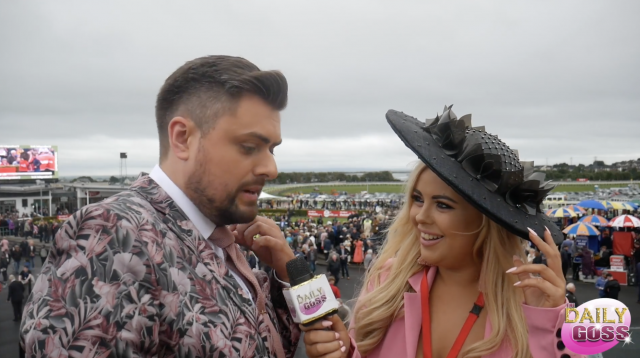 Fans have been loving him as the online presenter for RTE’s Dancing With The Stars – but could James Patrice now be joining the show as a contestant?

The much-loved social media star already melted the hearts of the nation when he appeared on Operation Transformation, and now the style guru revealed he wouldn’t say no to taking part.

Speaking exclusively to Goss.ie at the Galway Races, James said he wouldn’t rule out competing in the series. (watch clip below)

There had been rumours that blogger and businesswoman Suzanne Jackson was in talks to take part in the show, and producer Larry Bass admitted he has been trying to get Amy Huberman and Brian O’Driscoll on board.

Goss.ie are at the Galway Races all this week, with thanks to top Galway hotspots An Púcán, 1520 Bar, and Hyde Bar and Gin Parlour.

Bringing you live coverage all week long, we’ll have chats with our favourite celeb judges and guests, and we’ll be meeting some of the Best Dressed winners.