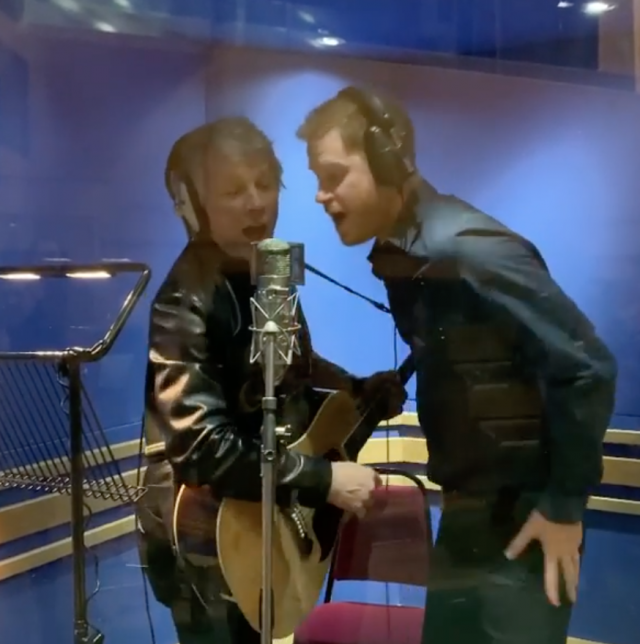 The American rocker and the Invictus Games Choir re-recorded his hit song ‘Unbroken,’ and it looks like Harry’s voice will feature on the track too.

In a video posted on the @sussexroyal Instagram account, Bon Jovi and Harry can be seen in a recording booth right before they break into song.

During their visit to Abbey Road Studios, the duo and some of the choir members recreated The Beatles’ iconic ‘Abbey Road’ album cover photo, which was shot back in 1969.

Prince Harry founded the Invictus Games back in 2014,  a multi-sport event for wounded and injured veterans, as well as service men and women.

Prince Harry and @jonbonjovi on the iconic Beatles @abbeyroadstudios crossing after recording a special single with the @weareinvictusgames choir pic.twitter.com/CpirOnS8BC

This year’s games will be hosted in The Netherlands, taking place from May 9 – 16.

The charity single version of Unbroken will be released in March.