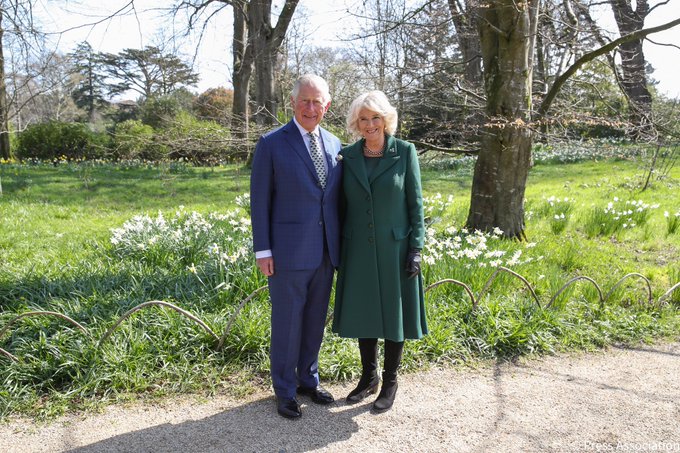 Prince Charles and Duchess Camilla have arrived in Northern Ireland for a two-day visit.

The couple’s first stop was to Belfast City Hall, where they met with historians and a women’s steering group.

The Prince of Wales and the Duchess of Cornwall shared photos of their visit via the official Clarence House Instagram account.

The post was captioned: “Earlier today, The Prince of Wales and The Duchess of Cornwall arrived in Belfast for a two-day visit to Northern Ireland.”

“First, at Belfast City Hall, His Royal Highness met with historians to discuss the Centenary of Northern Ireland. Meanwhile, The Duchess heard about Belfast’s ambition to become an UNESCO City of Music and was introduced to the women’s steering group.”

“In the Cathedral Quarter of Belfast, Their Royal Highnesses later visited the Education Authority Headquarters to hear from young people who have been supported by the youth services.”