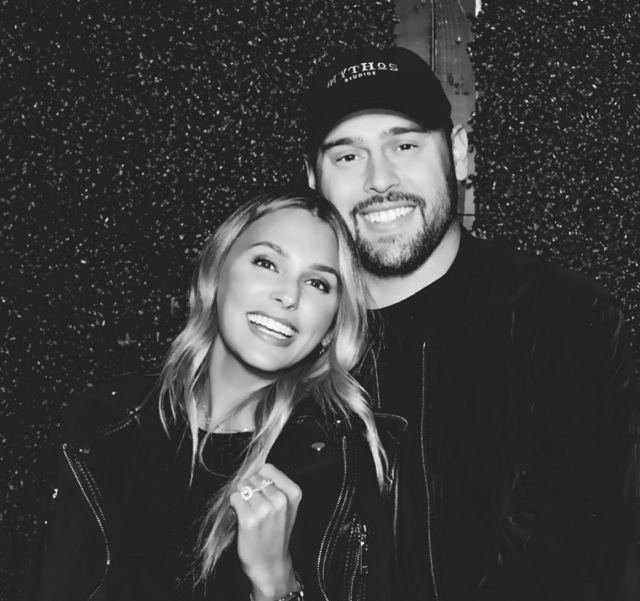 Scooter Braun has revealed that his wife and children have received “numerous death threats” over his feud with Taylor Swift.

The singer branded him a “bully” when his company bought her back catalogue back in May, and just last week Taylor accused him of blocking her from performing her old hits at the AMAs this weekend.

Scooter had remained silent on the feud, and respectfully declined to speak about it in detail at an event in Hollywood on Thursday.

However, the music manager swiftly changed his mind when his wife Yael received a terrifying death threat over the phone. 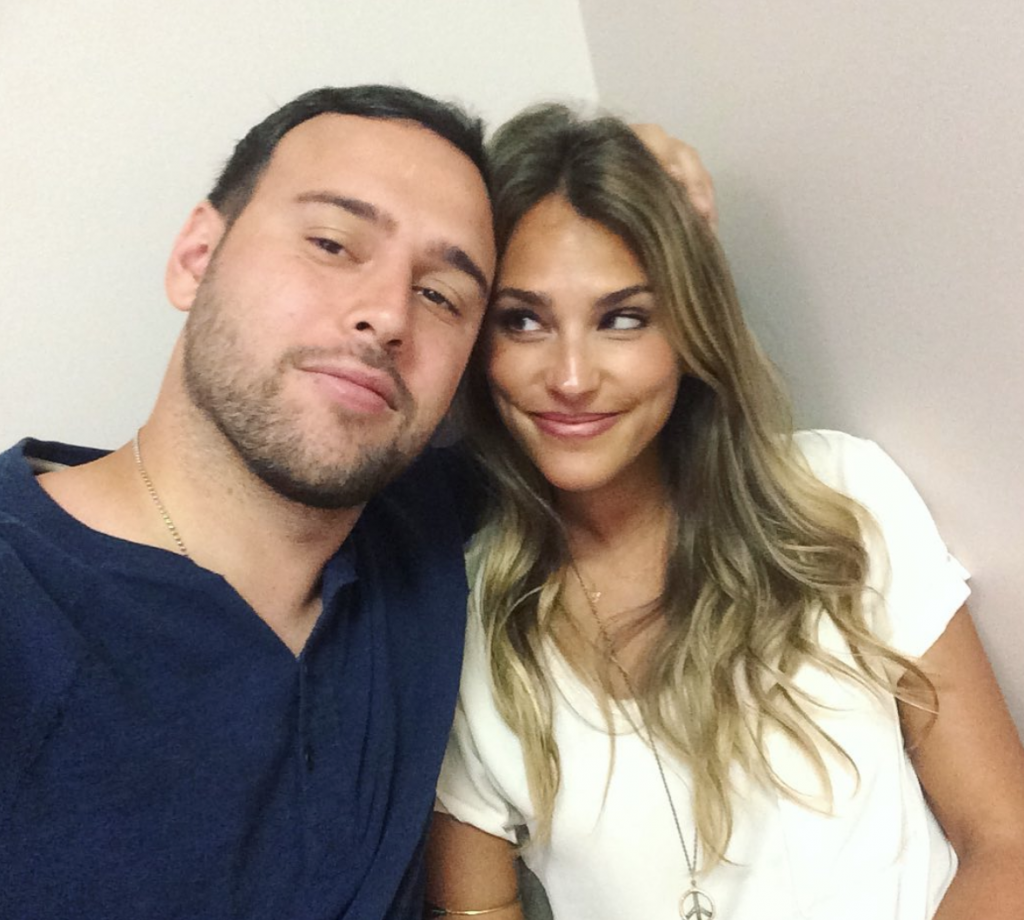 Addressing Taylor isn a statement posted on social media, Scooter wrote: “Since your public statement last week there have been numerous death threats directed at my family.”

“This morning I spoke out publicly for the first time saying I wouldn’t participate in a social media war. However I came home tonight to find my wife had received a phone call threatening the safety of our children as well as other threats seen above.”

“I won’t go in to the details of this past week. I have been at a loss. Thinking of my wife and children, my team and their families, I have gone through a range of emotions on how to deal with this,” he continued.

“I write this now only after a deep breathe and much reflection. I am certain there is no situation ever worth jeopardizing anyone’s safety. I assume this was not your intention but it is important that you understand that your words carry a tremendous amount of weight and that your message can be interpreted by some in different ways.” 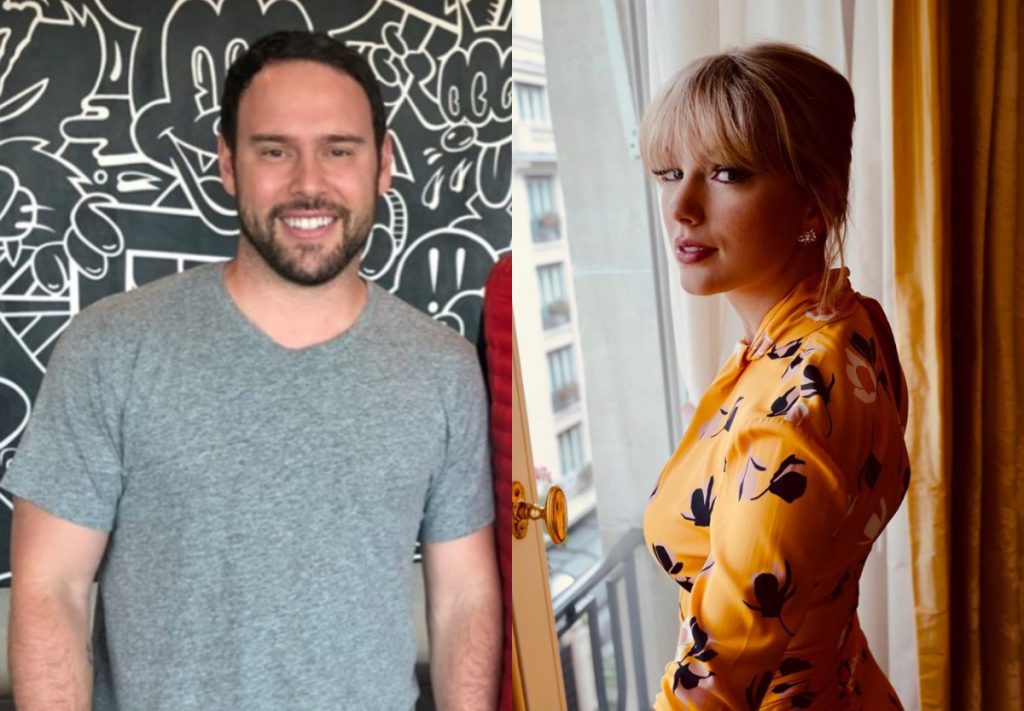 “While disappointed that you have remained silent after being notified by your attorney 4 days ago of these ongoing threats, I’m still hopeful we can fix this. We are living in a time of pointless violence and as a husband and father I am concerned.”

Scooter wrote: “This is a world filled with toxic division where people express their opinions over social media instead of having conversations in person. I want no part in that.”

“To be frank I was shocked and disheartened to hear that my presence in the Big Machine deal caused you so much pain as the handful of times we have actually met I have always remembered them to be pleasant and respectful. Knowing what I know now all I have wanted to do is rectify the situation.”

“I’m open to ALL possibilities. My attempts and calls to have an open discussion with you over the last 6 months have all been rejected. While some on your team and many of our mutual friends have tried to get you to the table, all have had no luck. It almost feels as if you have no interest in ever resolving the conflict,” Scooter continued.

“At this point with safety becoming a concern I have no choice other than to publicly ask for us to come together and try to find a resolution. I have tried repeatedly through your representatives to achieve a solution but unfortunately here we are. This game of telephone isn’t working.”

“While I am frustrated with your accusations and respectfully disagree with many of your statements, it is important that I am clear – no artist should ever feel cornered or bullied. I have spent my entire career in service of creatives and artists, never the other way around.”

“As the world now knows you can and should perform any song you would like at the AMAs. I have never and would never say otherwise. You do not need anyone’s permission to do so legally but I am stating it here clearly and publicly so there is no more debate or confusion.”

Scooter concluded his statement by writing: “Moving forward I would like to find a resolution. I will make myself available whenever works for you. Many have told me that a meeting will never happen as this is not about truth or resolution but instead a narrative for you. I am hopeful that is not the case.”

“I’m right here, ready to speak directly and respectfully. But if you would prefer to make large public statements while refusing to work towards resolving things amicably then I just pray that nobody gets seriously hurt in the process. I continue to wish you the best and hope we can resolve this.”

The music mogul also shared a screenshot of a threat he received on Instagram.

The message read: “Hi why dont you just die withyour children??? I will buy a gun tmr and them shoot you allin the head.” [sic] 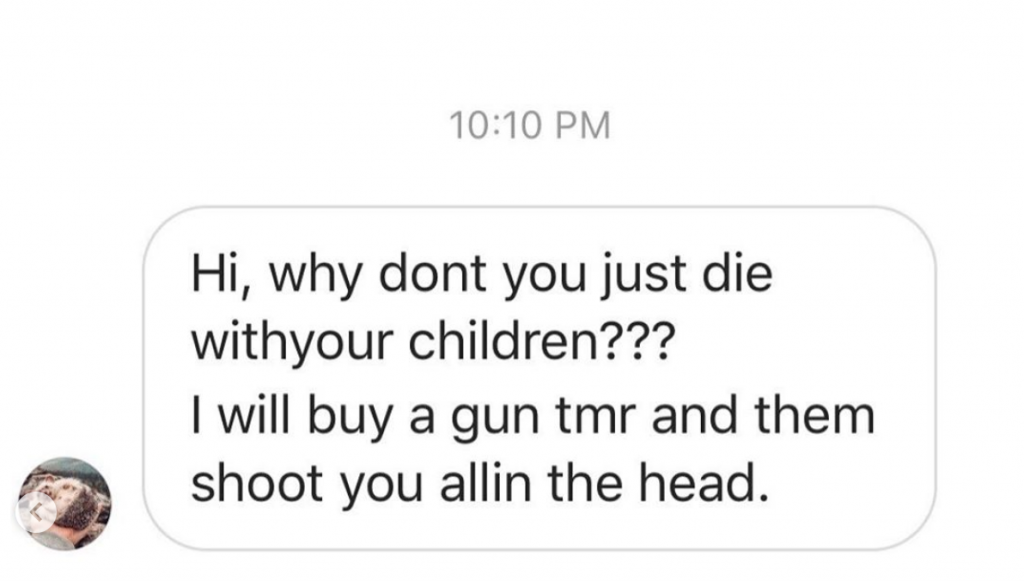