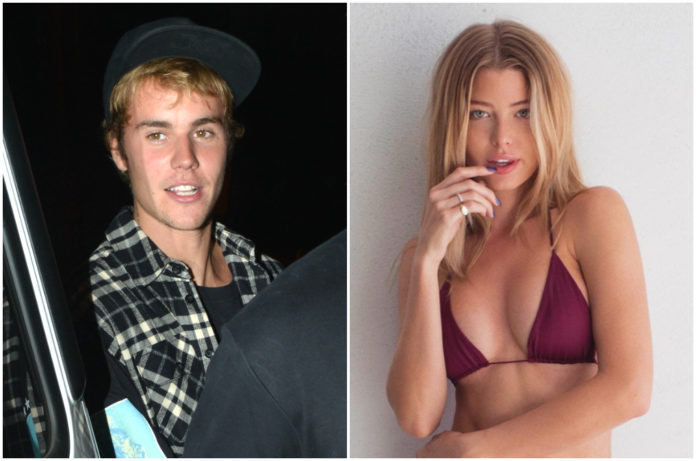 Justin Bieber was spotted getting close to a mystery blonde woman at a Craig David concert earlier this week, and now her identity has finally been revealed.

According to E! News, the 24-year-old has been “hanging out” with 22-year-old model Baskin Champion since splitting from Selena Gomez.

Justin and Baskin were spotted looking cosy at the concert, before heading back to his house.

The Sorry singer met Baskin, who is from Alabama, through his close friend Patrick Schwarzenegger, who is dating Baskin’s 21-year-old sister Abby Champion.

And last week, Justin made a rare appearance at the Midnight Sun premiere, which Patrick stars in, where Baskin was spotted as well.

“They’ve hung out several times in the last few days,” an insider told E! “They were also out together on Friday night with Patrick and Abby. They went to multiple clubs including Avenue and they all left together.”

“Justin seems very into Baskin and like they are very comfortable together. They are having fun and always laughing and flirting.”

The news comes after it was revealed that Justin and Selena Gomez are taking some time apart.

“Justin has been upset about the recent break from Selena and is trying to keep busy until they work things out,” a source said.

“It wasn’t his choice for them to split, and he is really taking time to focus on himself right now. He has been working out every day, focusing on church and being out and about with his friends.”

The insider added, “Justin was introduced to Baskin through his friend group and they have only hung out a few times. He has definitely been liking her company, but to say they are dating is a huge stretch. Justin isn’t trying to be serious with anyone but Selena.”

Meanwhile, Selena has been taking some time out with her friends in Sydney, Australia.