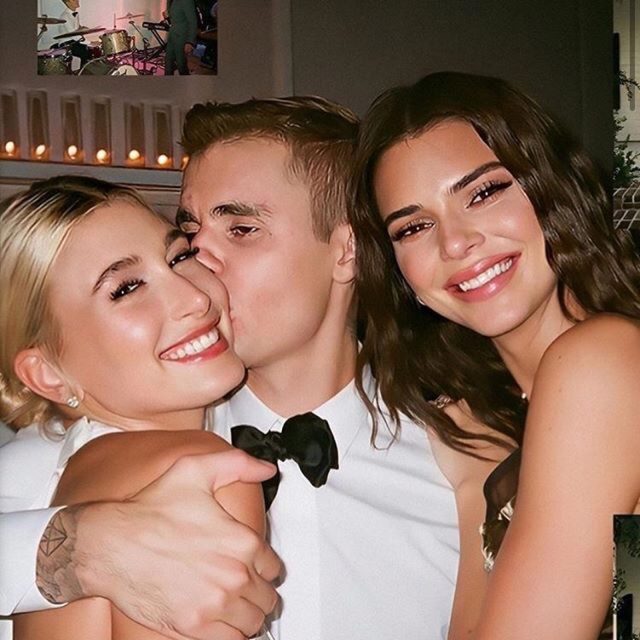 Justin Bieber and Kendall Jenner have been slammed over some ‘tone-deaf’ comments they made during an Instagram Live.

The pop singer and his wife Hailey Baldwin joined Kendall on Instagram Live from their separate homes on Friday, and started talking about how blessed they feel during the coronavirus pandemic.

Justin said: “How blessed are we to be able to like… a lot of people are obviously in this time have a cr***py situation and they look at us.”

“Obviously you know we’ve worked hard for where we’re at so it’s like we cant feel bad, you know, the things we have…”

Absolute worms for brains… unless you’re Lady Gaga or Leslie Jordan, if you’re a celebrity, PLEASE LOG OFF pic.twitter.com/sgms7SsMcJ

“But I think, just us taking that time to acknowledge that there are people who are really crippling is important.”

Kendall agreed, and said: “So blessed. I think about it all the time.”

A clip from their Instagram Live was later shared on Twitter, and their comments sparked some serious backlash.

See what people had to say on Twitter below:

I hate them so much lmfaoooo and honestly Justin is the only one who can say he worked hard, why the fuck are Hailey and KENDALL, POSTER CHILDS OF NEPOTISM?? agreeing!??? https://t.co/QR1BX9c0QM

justin is the only one who “worked hard” to get where he’s at so i understand his intention but this wasn’t needed. especially when hailey & kendall were born with silver spoons in their mouths. this virus is really showing me how ignorant celebs are to real world problems. 🤦🏽‍♀️ https://t.co/PexBq0wYpg

when Justin said “obviously we worked hard for where we at” and kendall nodded 😭😭😭 https://t.co/LOQf8GfVcG

Lmao Justin: “did you know poor people exist” absolute fucking joke of a celebrity and he preaches about god and shit 🤡. Also Kendall went silent cuz she knows damn well she didn’t work hard to be where she’s at 🤣 https://t.co/97oSOPXv9H

justin and hailey on instagram live with kendall pic.twitter.com/QeRgHH3qpd

talking about worked hard meanwhile both hailey and kendall are both mediocre models who are in the industry bc of their last names while justin churns out songs like yummy. suck an entireeeeee dick https://t.co/GwoZmEIveg

Justin Bieber’s career started because Usher came across him singing on YouTube. Kendall Jenner’s dad is an Olympian. Hailey Bieber’s dad is a Hollywood star. Get the fuck out of here with being “blessed” and “working hard”pic.twitter.com/pZjCRHu8cx