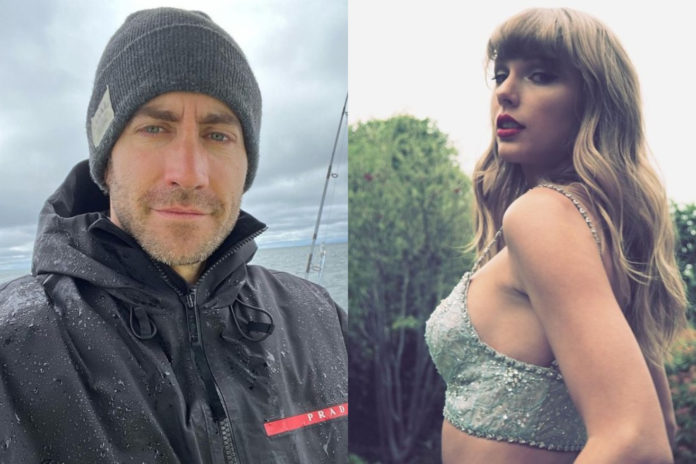 Jake Gyllenhaal has stepped out for his first event since his ex Taylor Swift re-released a song about their breakup.

A number of the songs on the album are believed to be about her split from Jake, including ‘All Too Well’.

In the song, Taylor points out their 11-year age gap as she sings about their breakup.

The lyrics read: “They say all’s well that ends well, but I’m in a new hell every time you double-cross my mind. You said if we had been closer in age maybe it would have been fine, and that made me want to die.”

Taylor released a new edition of her album ‘Red’ last week, which features six previously unreleased tracks and a 10-minute version of ‘All Too Well’.

As well as the new album, Taylor released a music video for the breakup anthem starring Dylan O’Brien and Sadie Sink, which has been viewed over 28million times since it was released on Saturday.

After shedding more light on her split from Jake on the new version of Red, Swifties have taken to Twitter to slam her former flame.

all too well 10 minute version really feels like jake gyllenhaal hurt me too pic.twitter.com/JN3dTAijWz

Amid the drama, Jake attended the Hamilton Behind the Camera Awards on Saturday in support of his sister Maggie, who won the breakthrough director award for her directorial debut ‘The Lost Daughter’.

The actor also presented an award to Mandell Winter and David Esparza, the sound editors for his Netflix flick ‘The Guilty’.

Taylor is set to release another music video for her From The Vault track ‘I Bet You Think About Me’, also believed to be about her split from Jake later today.

SURPRISE! NEW MUSIC VIDEO TOMORROW at 10am ET 🚨 I finally got to work with the brilliant, brave, & wickedly funny @blakelively on her directorial debut. Join us as we raise a toast, and a little hell. https://t.co/Gm4xT1vuNk pic.twitter.com/2Qh7KEVUpD