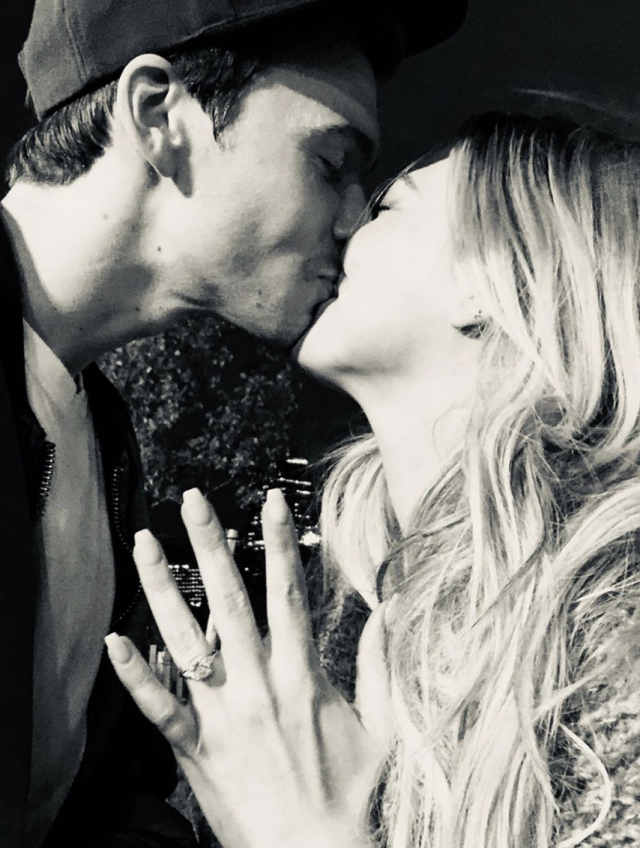 The 31-year-old has revealed she is set to wed her beau Matthew Koma.

Announcing the news on Instagram Hilary showed off her massive rock and wrote: “He asked me to be his wife”.

He asked me to be his wife♥️

In a second photo the couple can be seen kissing as the celebrate the touching moment.

She began dating Matthew in 2016 but split for a short time before re-starting their romance in 2017.

Matthew and Hilary have a child together, daughter named Banks Violet Bair back in October.

She also has seven-year-old son Luca with ex-husband Mike Comrie.