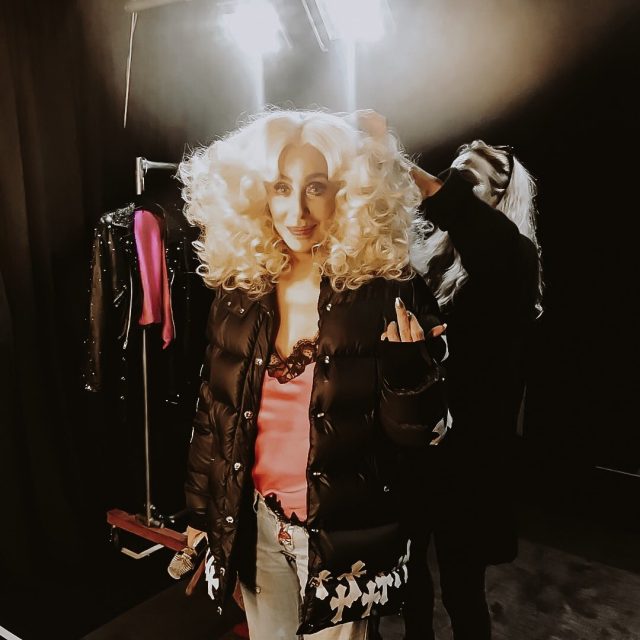 After the celebrity guests showed off their outfits on the pink carpet, they headed into the Metropolitan Museum of Art for an exclusive party – where Cher took to the stage.

In videos posted on social media, the legendary singer can be seen belting out some of her greatest hits, as well as some ABBA favourites.

Cher had everyone up on their feet dancing, including Harry Styles, and our very own Saoirse Ronan.

Harry singing and dancing along to Cher tonight at the #MetGala, 06/05 pic.twitter.com/zILmJEPNLg

Saoirse Ronan and Florence Welch dancing to Cher at the #MetGala pic.twitter.com/Ap0lPoKz5P

Now Cher is performing I Found Someone in her TBT outfit 😭 #MetGala pic.twitter.com/z1LAwlyEro

If I was at the #MetGala, I’d be wearing blue jeans just like @Cher! pic.twitter.com/yY8FEanV17

The 72-year-old then concluded her performance with an emotional speech.

She said: “I wasn’t going to say anything tonight, but then I saw the First Monday in May documentary and it reminded me of when I was a little kid, and it made me kind of excited and depressed, and drama queen-ish. That’s who I am.”

“But I was really poor, and dyslexic… I had to wear rubber bands on my shoes. I was s**t poor, but I had this love of color and painting and patterns and everything, fabric.”

She continued, “When that 64 box of Crayola came out, I lost my mind. I wanted to be something, and I wanted to be more than just a singer and when I met Sonny he’d do anything I’d want him to do, so I just lived out my dream with him, and we just kept going. I just want you to know how proud I am to be here and be a part of this.”

cher’s speech at the #MetGala pic.twitter.com/nzmPWcZhKf