Kat Von D has slammed Jeffree Star across various social media for his racist comments and crude bullying of fans.

The tattoo artist introduced the YouTube star to the world through her show L.A. Ink and had gushed about him multiple times.

“The way Jeffree chooses to live his life and treat people other people is not something that I personally agree with,” the beauty guru admitted.

In a YouTube video on her own personal page, the L.A. native went into detail about why she has chosen to cut Jeffree out of her life.

“Being associated with a person who does things like he does makes me nervous because I don’t want my fans and followers to think that that’s a good example of how we should be with each other and how we should treat the people who are in our lives,” she revealed to her fans.

“I remember seeing him go off on this rant and really commanding his followers to start attacking this other really much smaller brand who made lip glosses, not even lipsticks, because of some human error in labelling… something as carmine [a biological chemical] and they had claimed to be vegan.

“He just went off on this brand and the injustice of that human error, that was completely forgivable, and I remember thinking ‘Wait, you’re not even f***ing vegan?’

“I know you like to put that word onto your packaging so you can bring in the vegan bucks but you totally eat animal products and not only that, but you promote MAC [who have been reported as testing on animals] and tons of other big make-up lines that are famous for being non-cruelty-free.

“Why would you sit there and not just verbally attack but bully a brand that shouldn’t even be on your radar?”

After years of making excuses for, and rationalizing Jeffree’s inappropriate behavior (including, promoting drug use, racism, and bullying) I can no longer hold my tongue after recent events. I know that over the years, many of you were introduced to Jeffree through me, and regardless if you chose to continue to follow him or not, I just would like to disassociate myself from him and his brand from this point on. I plan on posting a video explanation as to why I felt compelled to make such a statement. But for the time being, I simply want to apologize to anybody and everybody who has ever had to deal with any of his negativity. And yes, with a heavy heart, I will be pulling the shade “Jeffree” from my collection. Sending extra love to everyone out there. ❤️

Kat continued in her video complimenting his style and aesthetic as she discussed how his make-up line started because of her before opening up about how the two stopped their friendship.

The 34-year-old announced in an Instagram post as well that she wants to rid herself of him so far as to discontinue her lipstick Jeffree from her make-up collection.

Of course, Twitter went crazy after the raven-haired beauty talked about the make-up artist – some people defended their favourite beauty pro, but most just loved to watch the drama unfold.

One of the main concerns for fans though was that her lipstick Jeffree was now going to be one of the hottest bits to buy now.

When 2 of your favorite makeup artists are fighting and you don’t know what to do. #katvond #jeffreestar pic.twitter.com/U7AUzIdq2j

me: all this celeb drama man I need a break
katvond: gonna expose jeffree star
me: pic.twitter.com/UYLCRlee2H

me rn while reading jeffree star and katvond’s tweets pic.twitter.com/EKy8szLG0G

idk about yall but im waiting for Jeffree to spill his shade like #jeffreestar #katvond pic.twitter.com/RknwmAwJtA

Fueding celebs seem to be the hottest trend of the season as Kim Kardashian had exposed Taylor Swift giving Kanye permission to reference her in his song Famous.

This is the perfume Meghan Markle wears every day 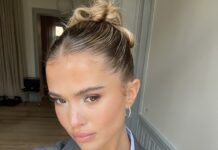 The Biggest Beauty Trends of 2022 So Far 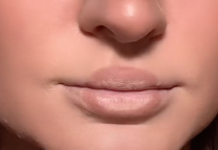