The Helix have announced that this year’s Christmas Panto will be the family favourite Beauty and the Beast.

Bigger and better this year, TheatreworX Productions return to The Helix this Christmas for their 10th anniversary show.

A hilarious adaptation of the magical fairytale, Beauty and the Beast, The Helix Panto will captivate audiences with a magical story, wonderful scenery, lively music, song and dance and of course, comedy genius for all the family to enjoy.

Taking to the pantomime stage for the first time, Paul Byrom will play the role of the over confident hunter, Gaston.

Paul said, “After years of recording, touring and performing in shows, I’m delighted to tick the panto stage off my bucket list, I’m especially looking forward to play such a fun role as Gaston.”

Creative Director of TheatreworX Productions and producer of The Helix Panto, Claire Tighe said, “I am so very excited and proud as punch to be producing TheatreworX’s 10th anniversary Helix Panto.”

“We’re really looking forward to getting back into The Helix to transform it into our magical panto land again with spectacular sets, colourful costumes, stunning special effects and a ridiculously talented cast. Our panto, as always, promises to be the funniest family friendly panto around.”

Tickets are priced from €19.50 (booking fees apply) and are on sale now from www.thehelix.ie and at The Helix Box Office. 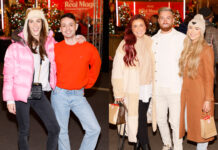 PICS: Well-known faces step out at the launch of the Coca-Cola Real Magic Experience 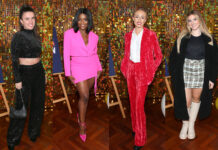 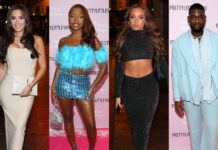