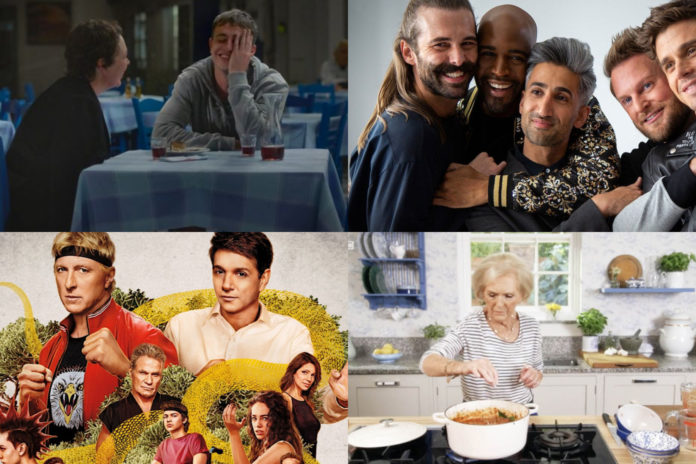 If you’re planning on staying in this New Year’s Eve, Netflix are adding some new TV shows and movies to their platform to keep you entertained on the last day of 2021.

Take a look at what’s joining the streaming giant on December 31:

The film tells the story of woman on a seaside vacation who becomes consumed with a young mother and daughter she meets.

The Lost Daughter has been adapted from Elena Ferrante’s 2006 novel of the same name, and will be Maggie Gyllenhaal’s directorial debut.

The Fab 5 are back for a sixth season!

Mary Berry celebrates the everyday food and ingredients she has always loved to cook in this BBC series.

Among her creations are a rich bolognaise, venison cooked on a barbecue, and whiskey cream.

Cobra Kai takes place over 30 years after the events of the 1984 All Valley Karate Tournament with the continuation of the inescapable conflict between Daniel LaRusso (played by Ralph Macchio) and Johnny Lawrence (William Zabka).

Season 4 finds the Miyagi-Do and Eagle Fang dojos joining forces to take down Cobra Kai at the All Valley Under 18 Karate Tournament… and whoever loses must hang up their gi.

As Samantha and Miguel try to maintain the dojo alliance and Robby goes all in at Cobra Kai, the fate of the Valley has never been more precarious.

What tricks does Kreese have up his sleeve? Can Daniel and Johnny bury their decades-long hatchet to defeat Kreese? Or will Cobra Kai become the face of karate in the valley?

Four people, dark secrets, and a past that threatens their lives… Stay Close is the gripping new thriller from Harlan Coben (The Stranger, Safe, The Five) which questions how much you really know someone.