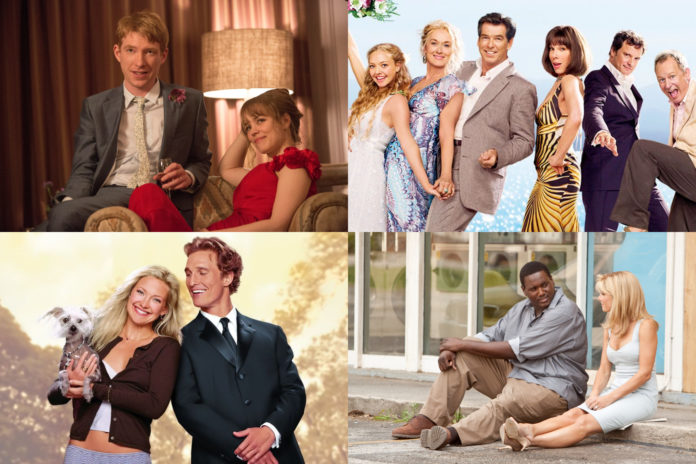 Today is Blue Monday, which is said to be the most depressing day of the year.

If you are feeling blue, here are ten feel-good movies to watch that are sure to make you smile:

Mamma Mia follows a young woman named Sophie who is preparing for her wedding day.

She secretly invites three men, who were her mother’s lovers in the past, in the hopes of finding out which of them is her father.

You can watch Mamma Mia on Netflix.

Irish actor Domhnall Gleeson plays 21-year-old Tim in this film, who discovers he can travel in time and change what happens and has happened in his own life.

With the advice of his father, he uses his special ability to pursue his romantic interest, Mary (played by Rachel McAdams).

Margot Robbie, Bill Nighy and Tom Hollander also star in this heartwarming film, which you can watch on Amazon Prime.

Little Women follows the March sisters as they enter the threshold of womanhood.

Irish actress Saoirse Ronan who was nominated for an Oscar for her role as Jo March in the film, which also stars Timothée Chalamet, Florence Pugh, Emma Watson, Laura Dern, Eliza Scanlon and Meryl Streep.

You can watch Little Women on Netflix.

Benjamin Barry (played by Matthew McConaughey) is an advertising executive and ladies’ man who, to win a big campaign, bets that he can make a woman fall in love with him in 10 days.

Meanwhile Andie Anderson (Kate Hudson) has to write an article on how to lose a man in 10 days.

You can watch this popular rom-com on Netflix.

The Blind Side tells the inspiring true story of Michael Oher, a homeless young man who became an All-American football player and first-round NFL draft pick with the help of a caring woman and her family.

Sandra Bullock, Quinton Aaron, Tim McGraw and Lily Collins star in this tear-jerker, which you can watch on Netflix.

This 1987 dance/romance classic follows Frances “Baby” Houseman as she spends the summer at a Catskills resort with her family and falls in love with the camp’s dance instructor – Johnny Castle.

Patrick Swayze, Jenifer Grey, Cynthia Rhodes and Jerry Orbach star in this cult-classic, which you can watch on Netflix.

When Sebastian, a pianist, and Mia, an actress, follow their passion and achieve success in their respective fields, they find themselves torn between their love for each other and their careers.

You can watch La La Land on Amazon Prime.

Ferris Buellers Day Off is one of those classic movies that is sure to leave you with a smile on your face.

It follows a high school student named Ferris, who calls in sick, “borrows” a Ferrari, and embarks on a one-day journey through the streets of Chicago with his best friend and girlfriend.

The Pursuit of Happyness

Will Smith, his son Jaden, and Thandiwe Newton star in this inspiring film.

Single father Chris and his young son must live in shelters and endure many hardships after being evicted from their home, but Chris refuses to give in to despair as he struggles to create a better life for himself and his son.

You can watch The Pursuit of Happyness on Netflix.

After a stint in a mental institution, former teacher Pat Solitano (Bradley Cooper) moves back in with his parents and tries to reconcile with his ex-wife.

Things get more challenging when Pat meets Tiffany (Jennifer Lawrence), a mysterious girl with problems of her own.

You can watch this romantic comedy-drama on Netflix.