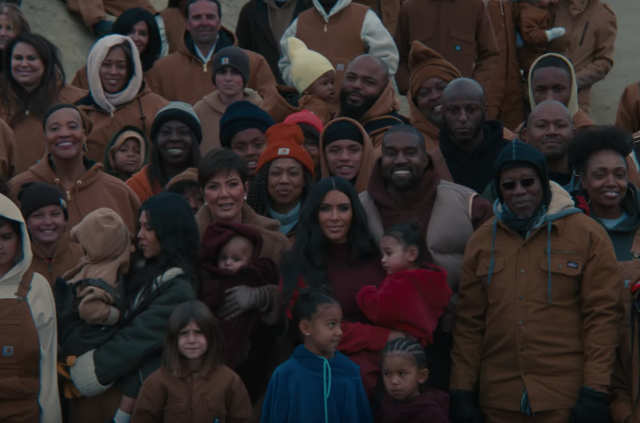 Members of the Kardashian-Jenner family have starred in Kanye West’s new music video.

The rapper released the music video for ‘Closed on Sunday’ on Thanksgiving Day, and it was reportedly filmed on his multi-million dollar ranch in Wyoming.

The video’s opening scene shows Kanye lying next to his wife Kim Kardashian and their kids North, Saint, Chicago and Psalm on a mountain.

Kris Jenner is the next famous face to make an appearance, as she steps out of a futuristic looking truck.

Kourtney Kardashian and her children Mason, Penelope and Reign then appear in a group shot, which also features members of Kanye’s Sunday Service choir.

The song, which is from Kanye’s gospel-inspired album ‘Jesus Is King’, is a reference to fast food chain ‘Chick-fil-A’, which shuts down every Sunday due to the founder’s Christian faith.