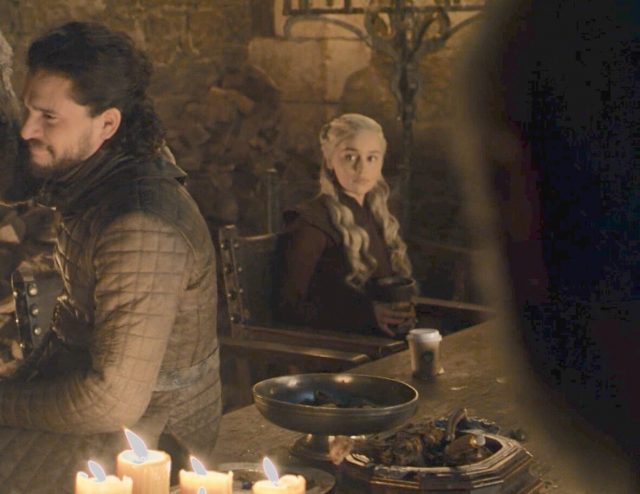 Game Of Thrones star Emilia Clarke has revealed who was responsible for that viral coffee cup gaffe.

Naturally, the mistake attracted a lot of attention on social media, and inspired plenty of hilarious memes.

Months later, Emilia has revealed her co-star Conleth Hill, who played Lord Varys in the hit series, was responsible for the error after he admitted to owning the coffee cup.

During an appearance on The Tonight Show Starring Jimmy Fallon, Emilia said: “We had a party before the Emmys recently and Conleth, who plays Varys, whose sitting next to me in that scene, he pulls me aside and he’s like, ‘Emilia, I have got to tell you something, love. The coffee cup was mine.'”

“It was his! It was Conleth’s coffee cup. He said so. He said, ‘I think it was, I am sorry, darling, I didn’t want to say anything because it seemed the heat was very much on you.’
“I was like ‘what!? what!?'”

When asked if she’s sure Conleth was responsible, she said: “I think that’s who did it. He said it, he might have been drunk but he said it.”