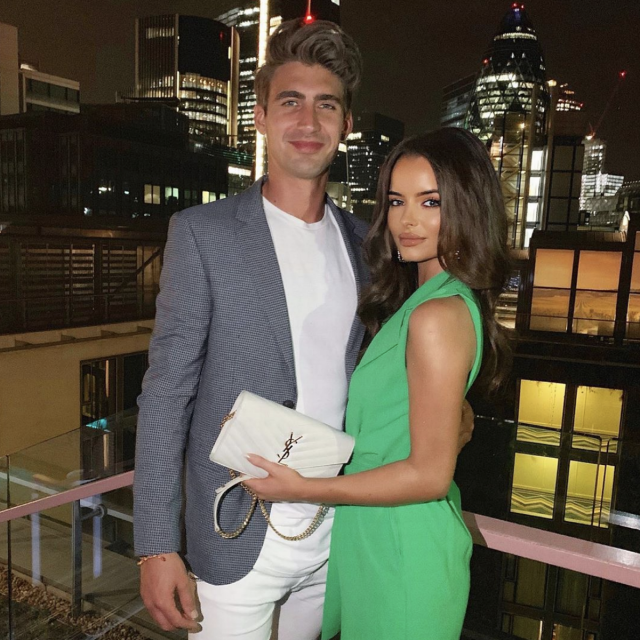 Maura Higgins and Chris Taylor have recreated an iconic Titanic scene for TikTok.

The Love Island stars, who recently sparked romance rumours, have created a number of hilarious videos for the video-sharing platform.

Delivering the film’s famous line, Chris said: “Jack, I want you to paint me like one of your French girls.”

The video then showed Chris wearing a zebra-print leotard, a pink tulle tutu and a horse mask, while Maura painted a hilarious picture of his manhood.

Who wore it better??? 👇 (I’m pretty sure already know what the answers gonna be 😂) VALENTINES ON A BUDGET? NO PROBLEM…I recreated this iconic @maurahiggins look with only electrical tape, black doilies and 4 hours to spare… and you can too! For more tips and tricks in the lingerie department…probs just go to @annsummers #annsummers #valentines #electricaltape #moredoiliesthansense #recreate

Friends and flooded the comment section to react to the humorous sketch – including Maura herself.

“😹😹 I love when you and Maura collaborate you’re both hilarious! 👏,” one follower penned.

Another added: “So funny you two would make a good couple together so funny lovely ❤️❤️❤️❤️”

DONT CHA wish your lingerie was made of post-its, ribbon and lack of shame like mine…🤔 (probs not tbf) This decomposable post-it based humping garment is available at zero retailers, cos it’s wildly uncomfortable, causes possibly fatal paper cuts to vulnerable areas and could kill a boner from 3 miles away 👍 Do make sure you use a trusted lingerie retailer and confirm it is in fact, not a stationary shop Thanks @maurahiggins for your continued dedication to creating inspirational content 😘 #dontcha #stationarylingerie #weirdthathashtagdidntexistyet #remake

The news comes after fellow Islander Danny Williams was recently rushed to hospital after he injured his ankle while filming a TikTok video with Chris and Jordan Hames.