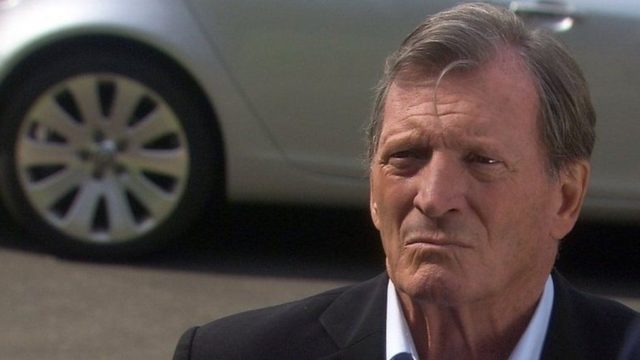 Coronation Street legend Johnny Briggs has sadly died at the age of 85.

The actor joined the popular soap back in 1976 as Mike Baldwin, leaving the show in 2006 following the death of his popular character.

The news of his death was confirmed by his children, who said in a statement: “It is with great sadness that we announce the death of our father, Johnny Briggs.”

So sad to hear the brilliant Johnny Briggs has passed away this morning at the age of 85. Our thoughts go out to his family and friends. #Corrie #MikeBaldwin pic.twitter.com/WPwHpOU84y

“He passed away peacefully this morning after a long illness, with family by his side. He was 85.”

“We politely ask for privacy at this time, so that we can quietly grieve as a family and remember the wonderful times we had with him. Thank you.”

Following the sad news, many took to Twitter to pay tribute to Johnny, including Piers Morgan who wrote: “RIP Johnny Briggs, 85. Coronation Street legend who played rogueish Mike Baldwin for 30yrs. Great character on & off screen.”

How sad… Johnny Briggs, who of course is best-known for playing Mike Baldwin in #Corrie, has sadly passed away at 85. What a character Mike was! pic.twitter.com/JyoQZUlFAm