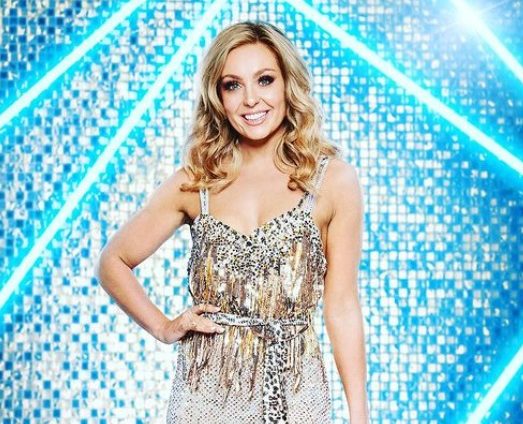 Amy Dowden has explained her absence from Strictly Come Dancing.

The professional dancer, who was paired with McFly star Tom Fletcher, was missing from the BBC show over the weekend – sparking concern among fans.

Taking to Instagram on Monday to explain her absence, Amy revealed she had been rushed to hospital after suffering a Crohn’s flare up.

She wrote: “Thanks for the all messages over the weekend. Unfortunately, I was missing from the show as I had an unexpected Crohn’s flare up and hospital admission in which I received unbelievable care.”

“I’m recovering very well and certainly being well looked after and look forward to returning to the dance floor. Big thanks to lovely @saradaviescc and @tomfletcher for taking care of me (of all the days to be poorly, Ben was in Blackpool with the dance school). ”

“To the Fletchers who made sure I had everything and more at the hospital, have brought me back to theirs where the whole family are giving me all the love, care, burnt toast (Tom), unlimited supply of @mrsgifletcher clothes along with @tomfletcher sock choice😜 you could possibly need, lots of drawings and pretend injections from my new doctors Buzz, Buddy and Max. Thank you, they really were sent to me 💖💖,” she added.

Amy and Tom became the eighth couple to be eliminated from Strictly during Musicals Week.

Amy, who first revealed she was suffering from Crohn’s disease in 2019, has continued to appear on the show during group numbers and other special dances.