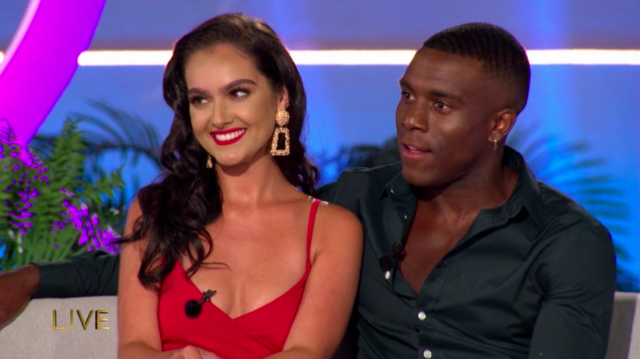 Siânnise Fudge and Luke Trotman have revealed that they’ve spent just one hour apart since leaving the Love Island villa in February.

The couple met in Cape Town during the winter series of the reality show and went all the way to the final after developing a relationship.

Even though they lost out its £50,000 cash prize, the pair admitted they have gone from strength to strength since the show ended and they have been self-isolating with one another due to the Coronavirus pandemic.

Siânnise and Luke spoke to OK! about their life outside the villa.

“The longest we’ve been apart is about an hour!” Luke revealed.

“But that’s the only time we’ve been away from each other and it’s literally been an hour. But do you know what? We wouldn’t have it any other way.

“I couldn’t imagine it now, not being with you. If I turned around and Luke wasn’t there, I think I’d panic,” Siânnise added.

The couple also admitted in the interview that they are set to move in together – but plans to get their own place have been slowed down after the Coronavirus outbreak.

“As long as we’re together and healthy, we’re happy,” Luke said.

The pair became fan favourites after becoming a couple in the villa but they explained that meeting each other was a bigger victory than the massive cash prize.

“We both said that we felt like we had won once we had each other,” Luke commented.

Quarantine made us do it… #fliptheswitch

“We weren’t bothered what happened after that,” he admitted.

The couple have been self-isolating with one another for three weeks now and have kept themselves entertained by sharing a series of hilarious Tik Tok videos with fans.