Amanda Abbington has revealed that she kept her separation from husband of 16 years and Sherlock co-star Martin Freeman a secret for six months.

In The Sunday Times magazine, the Sherlock actress opened up for the first time about her split, heartbreak, and her new secret romance with an unnamed fellow actor.

She revealed that the couple split up while they were still filming Sherlock, but they decided to keep their split a secret and stay professional on set. 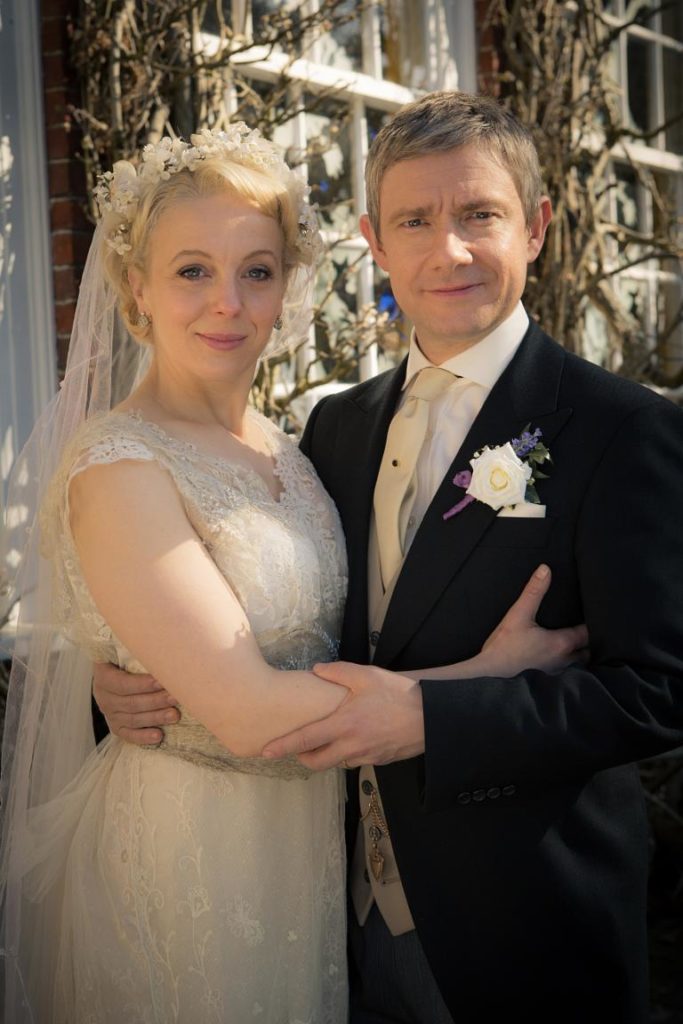 The couple appeared on the hit BBC series Sherlock as on-screen couple John and Mary Watson.

“It took six months for it to get out and a lot of that was while we were working on Sherlock… We were professional and we were going to get on and make a show and be civil to each other.”

She confessed that her and Martin’s split was decided after she visited him in Puerto Rico in February of 2016 while he was filming Start Up.

She discussed the fact that their busy and conflicting schedules caused them to be apart from one another most of the time, and didn’t give them time to work on their relationship problems.

“We realised we had been papering over the cracks for a long time,” she said. 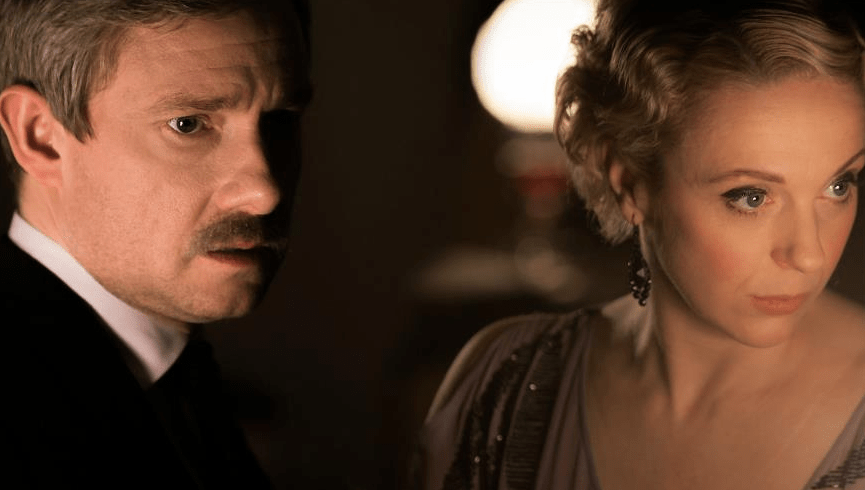 Despite being split up, Amanda insists that she has nothing but respect for her ex, saying, “We still get on really well, we still really both admire each other as actors… he’s a great guy, but we just couldn’t live with each other any more.”

“I had thought Martin was the love of my life. This wasn’t meant to happen to us,” she revealed, claiming that the split completely devastated her the week after it happened.

“During that long, lonely week, I had to keep things together for the sake of our children, Joe and Gracie, who were then 10 and eight.

“They needed to be looked after. I had to wake them up and make them breakfast and take them to school and, in a way, the normality of that routine kept me going.”

The 44-year-old expressed her fears that she had to face when suddenly finding herself as a single mom, but said after the first week she began to get her life back on track.

She found peace in working out regularly by taking up cycling, swimming and running in the mornings.

Recreating her look also helped her start a new chapter.  The Mr. Selfridge star cut her bob into a pixie cut and died it from a platinum blond to a dark brown.

She’s also kept herself busy by staring in a new Netflix series Safe alongside Dexter alum Michael C. Hall.  The series is set to be released in May.

Speaking of her life now, she claims that she’s settled into the routine of being a single mom and has found love again, but is keeping it private.

“If I had to describe myself now, I’d say I am happier, lighter, more energetic, more open, more confident and less frightened of life. I have love in my life that I’m careful to protect and nurture.”