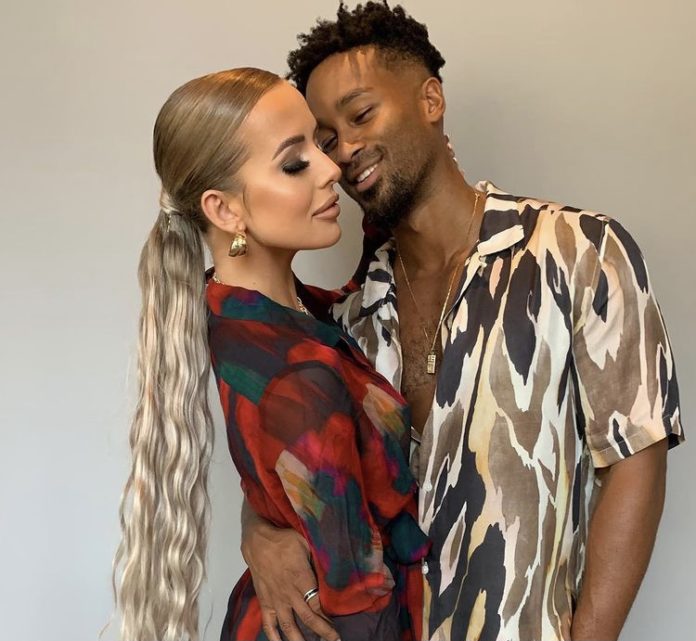 Love Island star Faye Winter has admitted she “feels like an idiot”, after finally watching what really went on in Casa Amor.

The 26-year-old was left heartbroken after receiving a postcard with a photo of her beau Teddy Soares kissing Casa Amor’s Clarisse Juliette.

Unaware that the kiss was in a challenge, Faye then decided to recouple with new boy Sam Jackson – while Teddy returned to the villa single.

Faye and Teddy eventually rekindled their relationship and after some ups and downs, they placed third overall on the show.

The couple are now official, and recently made their red carpet debut together at the 2021 National Television Awards.

Taking to her Instagram Stories on Wednesday evening, Faye shared a video montage made by a fan, which showed the couple’s highlights in the villa.

A post shared by Faye and Teddy | Feddy 🤍 (@fayeandteddy.loveisland)

It included clips of Teddy telling Casa Amor contestants and bombshells how much he missed and liked Faye.

Alongside the video, Faye wrote: “The FIRST time I’ve seen the real Casa clips [crying emoji] not crying at all and don’t feel like even more of an idiot!”

She then shared a sweet video of her and Teddy holding hands, with the song ‘I Guess I’m In Love’ by Clinton Kane playing in the background. 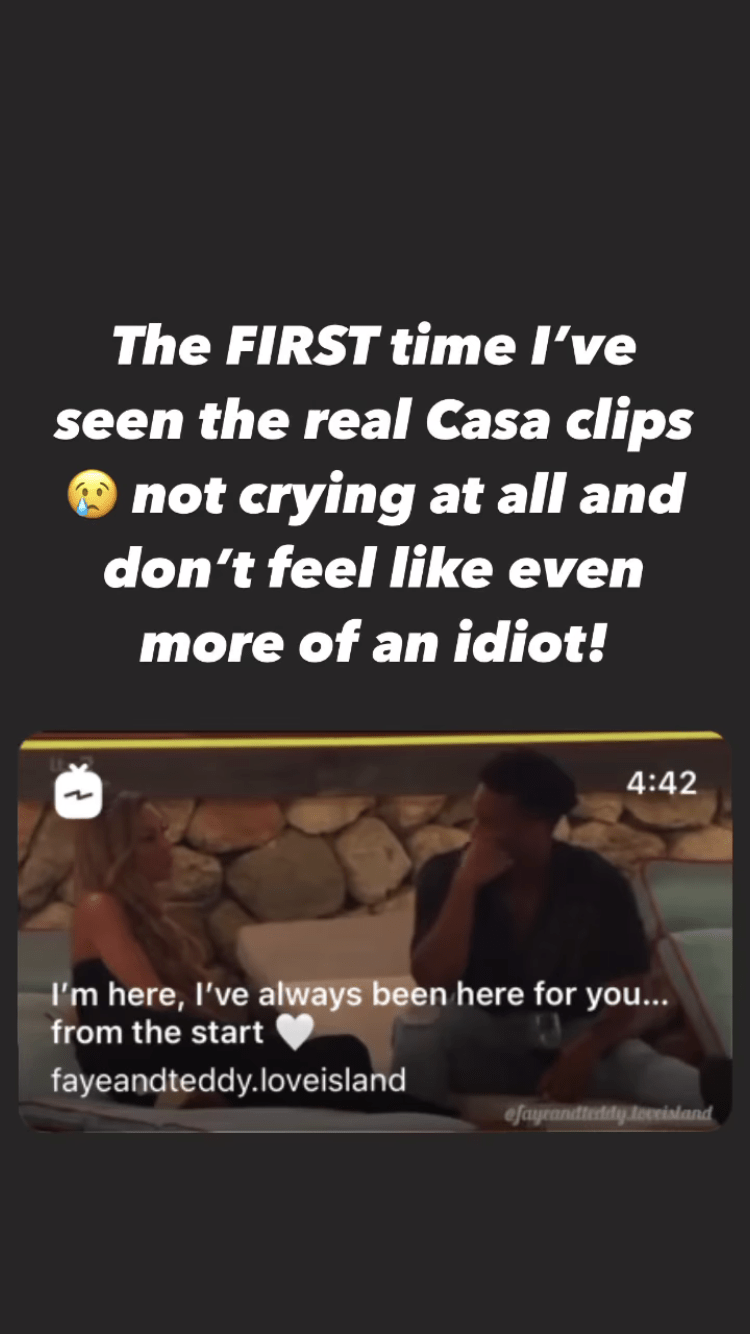 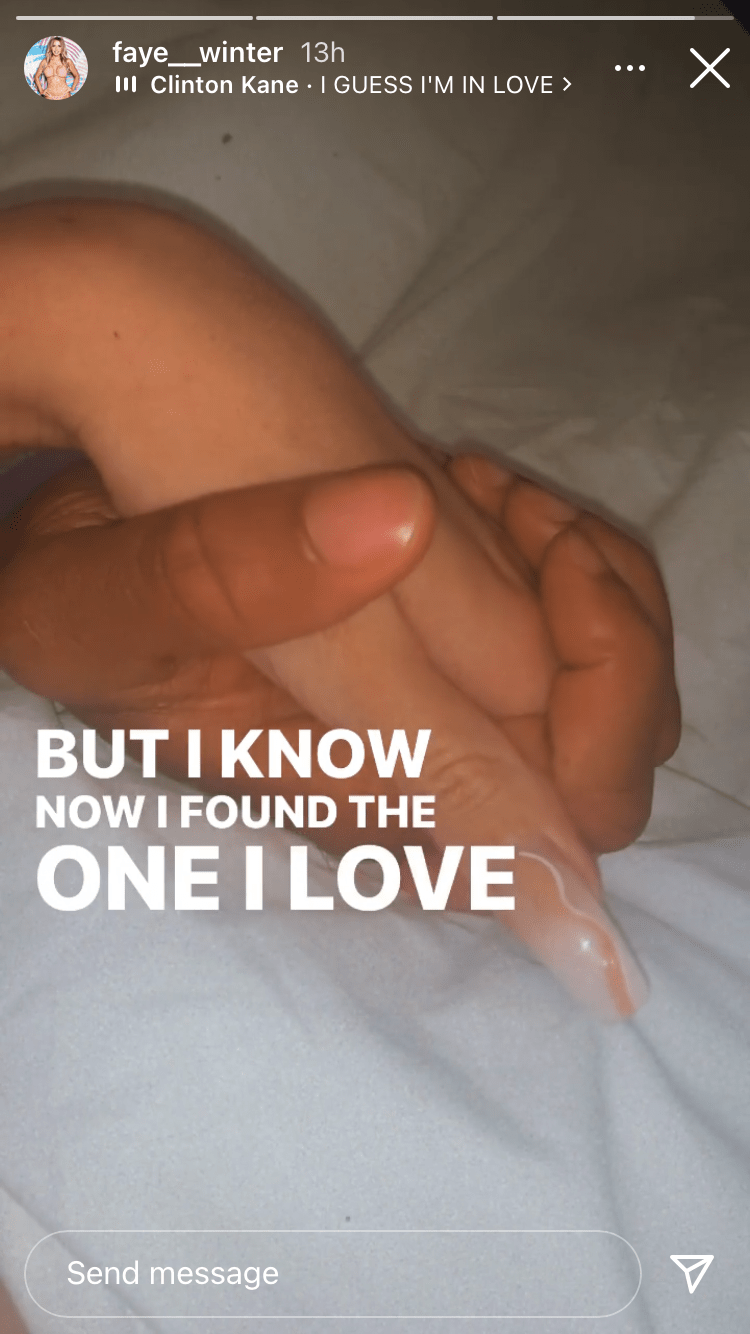 They also received a record-breaking 24,000 complaints after Faye blew up at Teddy over a comment he made about being sexually attracted to Casa Amor’s Clarisse.

Faye received more complaints later on in the series, after erupting at her co-stars who voted her and Teddy the least compatible couple in the villa.

After leaving the villa, Faye admitted she was “upset” when she learned her Love Island outbursts sparked so many complaints.

Speaking to Grazia magazine, she confessed: “There were times I dealt with it completely wrongly. And everyone unfortunately got to see that.”

“I’d be lying if I said that when I saw 25,000 complaints, I wasn’t upset – I was already embarrassed about the situation.” 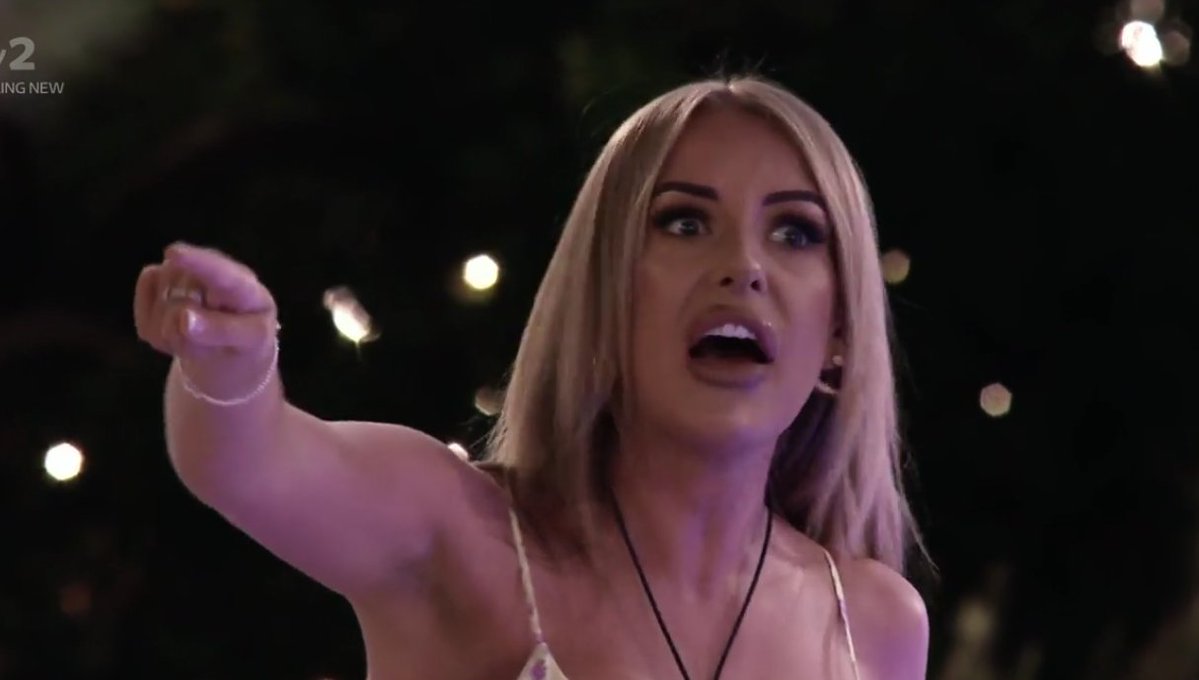 “When I saw [the complaints], I was more upset because I knew my friends and family would have seen that as well.”

Faye admitted her sister Jo was particular upset over her behaviour, and said: “She wasn’t happy with how I acted. But we’ve had that conversation now, we’re over it.”