The FULL list of winners from the 2021 Emmy Awards

The Love Island star sparked speculation he had popped the question on Sunday, after he posted a photo of his girlfriend Connie O’Hara wearing a diamond ring.

Jack’s followers were quick to spot the ring, and questioned whether he was engaged.

One person commented: “Is that an engagement ring?” while another added: “Idk if I’m overthinking this but she has a ring on her engagement finger.”

Despite speculation, the 26-year-old has confirmed he’s not engaged.

But when Liam replied, “Jeeeeeeez my bro! Congrats,” Jack responded, “Bro it’s the other camera no engagement here.” 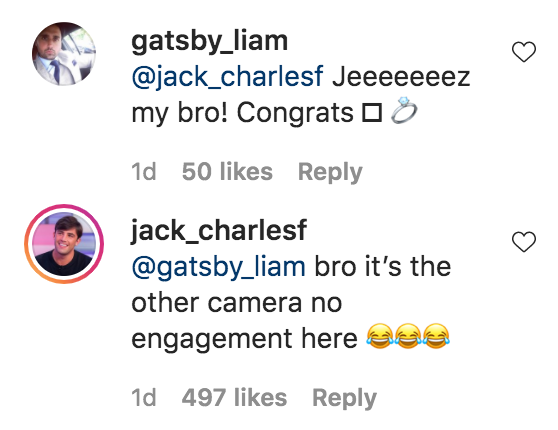