Aaron Francis’ family have revealed the Love Island star is being targeted by racist trolls.

The luxury events host has been in the villa since day one, and is currently coupled up with Lucinda Strafford.

Taking to his Instagram Stories on Saturday, Aaron’s family said he has been sent “horrible, abusive and racist” messages since the very beginning.

They wrote: “We’re shocked and frustrated by the racist comments and messages that Aaron has been receiving since the very beginning of his Love Island experience.”

“There has been no end to monkey and gorilla emojis commented on his posts and horrible, abusive, racist messages in his DMs.”

Along with a screenshot of a vile message sent to Aaron, they added: “This is only only one example of what we have witnessed and we need to call out this intolerable behaviour.”

Dumped Islander Brad McClelland reshared the post to his Instagram Stories later that evening, and wrote: “It’s absolutely disgusting that people can even say this sort of thing!”

“I’ll be supporting Aaron all the way both in and out the villa. The lads a class act and doesn’t deserve any negative comments, especially not to the extremes of that!” 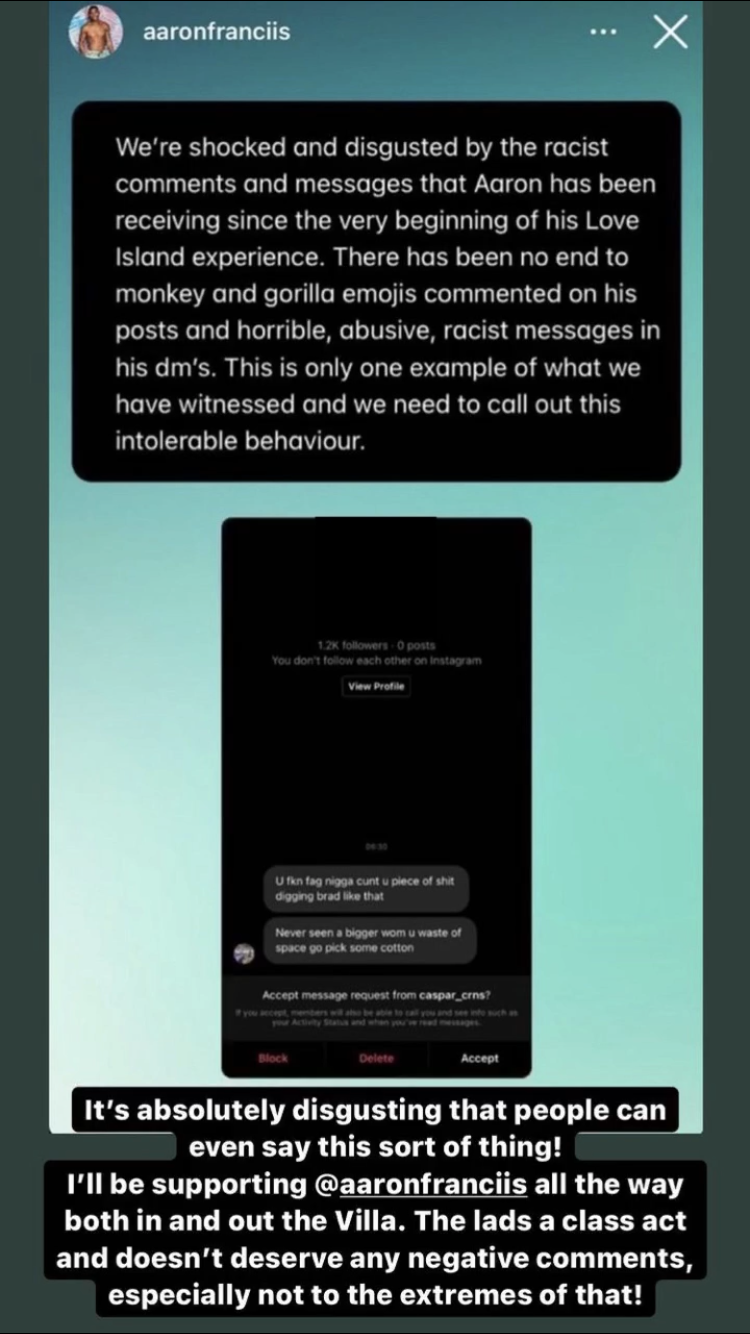