Kelvin Fletcher’s wife Liz Marsland was spotted without her wedding ring after the actress unfollowed the Strictly Come Dancing star on Instagram.

It was reported that Eliza was annoyed with her husband after photos emerged of him enjoying a boozy night out with former dance partner Oti Mabuse.

However, Liz has responded to the reports about her missing ring.

“The ring is heavy – it only comes out on special occasions,” she wrote on Instagram.

“Oh and it was fake tan day!” she added. 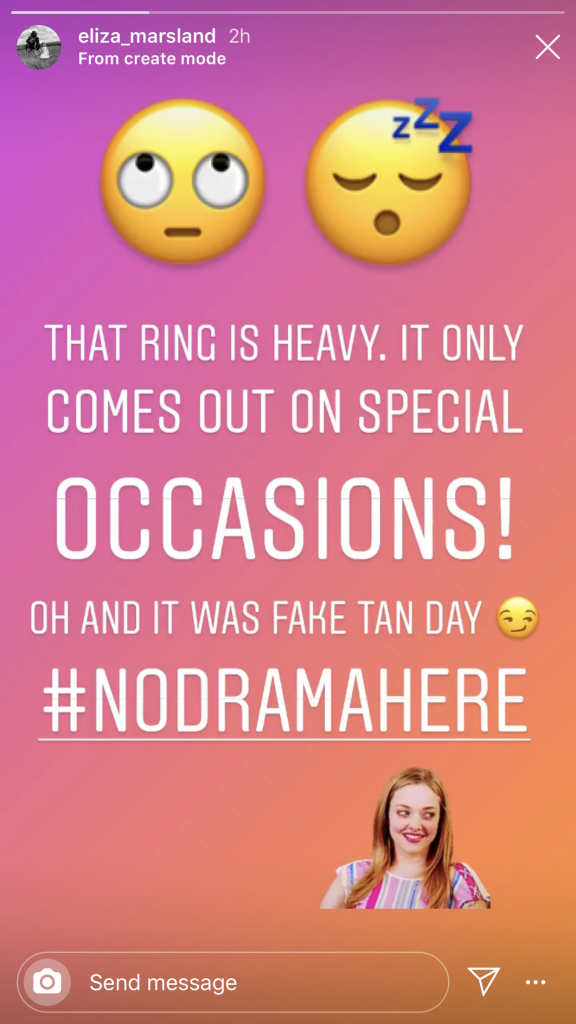 Eliza is currently at home taking care of the couple’s two children while Kelvin works on the Strictly tour.

A source alleged to The Mirror that Eliza felt foolish after unfollowing her partner.

“She was not worried about anything going on between them it was the fact that she was at home doing all the motherly things and here he was out gallivanting.”