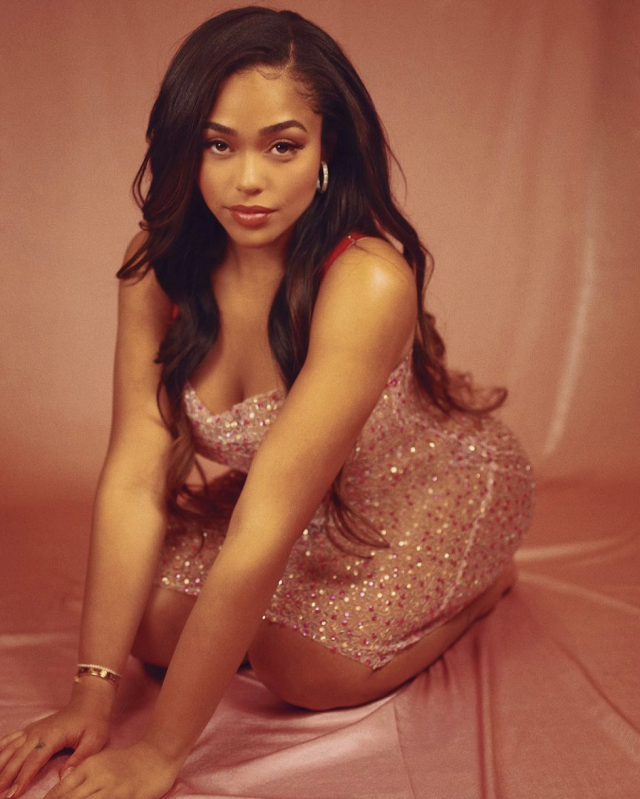 Jordyn Woods has shared the first sneak peek of her campaign with hair extensions brand, Easilocks.

The 21-year-old has been enjoying her post-scandal stardom this week, as she jetted to the UK for the launch of her Eyelure lash collection.

While she was in town Jordyn met with the Irish founder of Easilocks, Shane O’Sullivan, confirming that she’s the new face of the brand.

Taking to Instagram, Jordyn shared a photo from her campaign shoot, and wrote, “Came to London to finally wrap a project we’ve been working on for the last 12 months! I can’t wait for you guys to see it 🤗@easilockshair.”

Came to London to finally wrap a project we’ve been working on for the last 12 months! I can’t wait for you guys to see it 🤗@easilockshair

Jordyn confirmed the news after The Sun reported that Easilocks had inked a deal with her, a week after news broke of her reported “fling” with Tristan Thompson.

A source told the paper, “She’s already launching her own line with Eylure false eyelashes and her work with Easilocks is going to be another string to her bow.”

“The whole drama with Tristan will soon be a thing of the past and in the meantime she wants nothing more than to concentrate on work – even if that means flying solo.”

“Easilocks is a huge brand and it’s a real triumph for Jordyn to secure this deal,” they added.