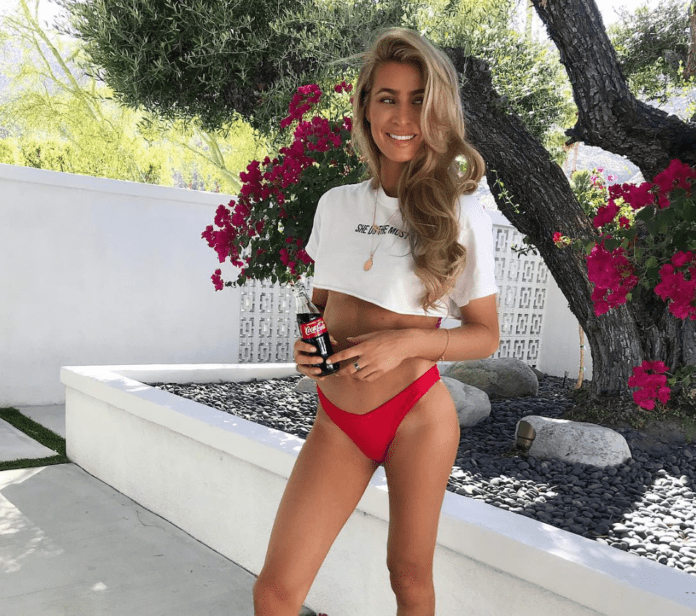 Lillie Lexie Gregg has revealed she is expecting her first child with boyfriend Josh McEachran.

The couple shared a sweet post on her Instagram, with a photo of the pair on the beach revealing her due date, the 21st of October, which was written in the sand.

Lillie met the former Chelsea footballer in 2016, and they have been dating ever since.

The reality star looked gorgeous in the post with loose beach waves and donning a white bikini.

Lillie expressed her excitement of the news and revealed she is nearly half way through her pregnancy.

The former Ex On The Beach star previously dated reality stars Stephen Bear and Gaz Beadle, who welcomed a son in January of this year.

She split from Gaz in 2016, who admitted to cheating on her during their turbulent relationship.

Lillie briefly dated former Ex On The Beach co-star Stephen Bear, who also cheated on her during his stint on Celebrity Big Brother.

Broken-hearted Lillie entered the Big Brother house and confronted him live on air, and the pair split before she left the house.

So tired today and really missing my @gazgshore can’t wait for some chill time in December ????????????❤