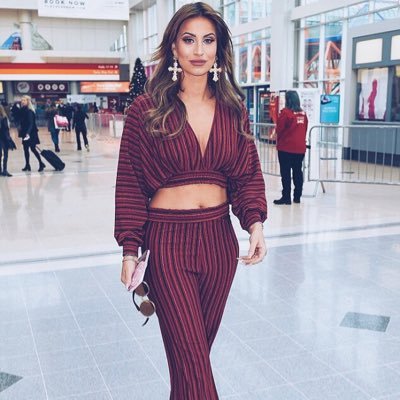 According to The Sun a source has told them that “Ferne has been keeping her new romance out of the spotlight following her split from Arthur, but is ‘the happiest she’s been in a long time'”.

The source went on to say that “He’s quite a bit older than her”.

“She’s had a terrible time of things so she’s being realistic – she’s keen to keep the romance out of the spotlight as he’s not a celebrity and it’s early days”.

Ferne who is a single mother to daughter Sunday, ended her relationship with Sunday’s father Arthur Collins last year. She left him after he was charged for causing grevious bodily harm and actual bodily harm to 14 people.

Arthur sprayed party-goers with acid, he is currently serving a 20 year jail sentence for the attack.

it’s been reported that Ferne will open up about Arthur in her second series First Time Mum.

A source has told The Sun “Ferne’s already told producers that she’s happy to speak about Arthur again following his jail sentence – and her plans of making a life without him”.