The former TOWIE star was forced to speak out after model Chloe Ayling told The Sun that Dan allegedly cheated on his wife with her and American reality star Natalie Nunn.

“I feel so sorry for Jacqueline. She deserves to know what Dan is. He’s making a fool of her,” Chloe told the publication. 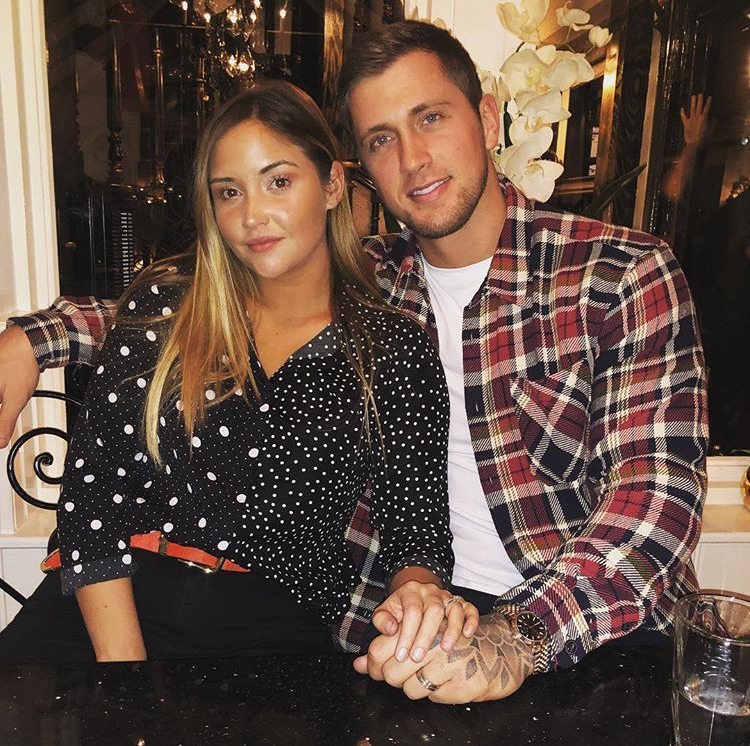 “He had full sex with Natalie in front of me in the bathroom and then kissed and performed a sex act on me.”

“It was a debauched night – we were drunk and we let loose. After it happened Dan was full of himself. He didn’t seem to care what had just happened in front of everyone,” she alleged.

“I distinctly remember Dan saying he needed to go because he was spending the day with Jacqueline and the kids because it felt so jarring with what had just happened. I have regretted it ever since.”

Chloe and Dan met back in 2018 when they both starred on Celebrity Big Brother.

It is alleged that the three of them had a night out in London and returned to Natalie’s hotel room where they drank some more alcohol.

At the time of the alleged incident, Chloe was single but 34-year-old Natalie Nunn was and still is married to American footballer Jacob Payne.

“During the night Natalie had said she wanted to have sex with Dan and once we got upstairs she tried it on with him,” Chloe claimed to the paper.

“He was calling out my name when he was having sex with Natalie. At the time it felt as though we were just having fun but now I realise how wrong it was.”

Chloe said that despite his alleged antics, he “clearly loves Jacqueline” but she needs to see him for “what he is.”

“Dan clearly loves Jacqueline because he’s married to her but he slept with Natalie in front of me that night.”

“Jacqueline needs to see Dan for what he is because he is making a fool of her. He should be faithful to his wife,” Chloe said.

Chloe now says she feels “terrible”, and branded the incident as a “drunken mistake.”

“It disgusted me afterwards and I feel terrible for what I did. For me, it was a drunken mistake. I just wanted to confirm I was involved with Dan on that night and clear the air. Jacqueline should know.”

Dan, who is currently in Australia to support Jacqueline on I’m A Celebrity… Get Me Out Of Here, has since denied Chloe’s claims.

Dan’s representative told The Mirror that the story published by The Sun is simply untrue, and they will be seeking legal advice.

“This story is not true and Dan will be seeking legal advice,” they said.

The news comes after Jacqueline reportedly threatened to quit I’m A Celeb, after her campmate Myles Stephenson told her that he believed Dan had slept with his ex Gabby Allen in unaired scenes.