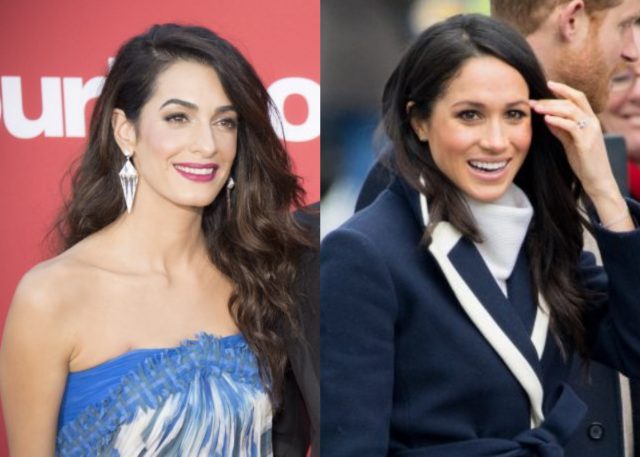 Amal Clooney is helping Meghan Markle settle into her new life in the UK.

Amal was one of the distinguished guests at Meghan and Harry’s wedding, but it’s clear she’s more than just that – she’s now Meghan’s confidant.

The human rights lawyer is believed to be the primary reason why her and George Clooney were invited to the wedding.

A source told People that, “Meghan and Amal have known each other for a while and share many interests”.

Amal and Meghan were introduced by a mutual friend, and reportedly became close when Meghan moved to London.

“Amal has been helping Meghan settle into London life,” the source continued. “It was a very natural friendship from day one.”

Amal dressed to impress for the Royal Wedding, turning heads in an all yellow Stella McCartney ensemble, and according to Harper’s Bazaar, her outfit was the most searched royal wedding guest outfit.

Another celebrity guest who Meghan’s grown close to is Victoria Beckham.

Victoria was one of the front runner designers believed to be creating Meghan’s wedding dress, but in the end, the new Duchess of Sussex went for a classic Givenchy gown.

Meghan and Victoria became close, like with Amal, when Meghan moved to the UK.

A source told Vanity fair back in February that, “Victoria’s quite proud of the fact that she and Meghan have become chummy and seems to want people to know they are friends”.