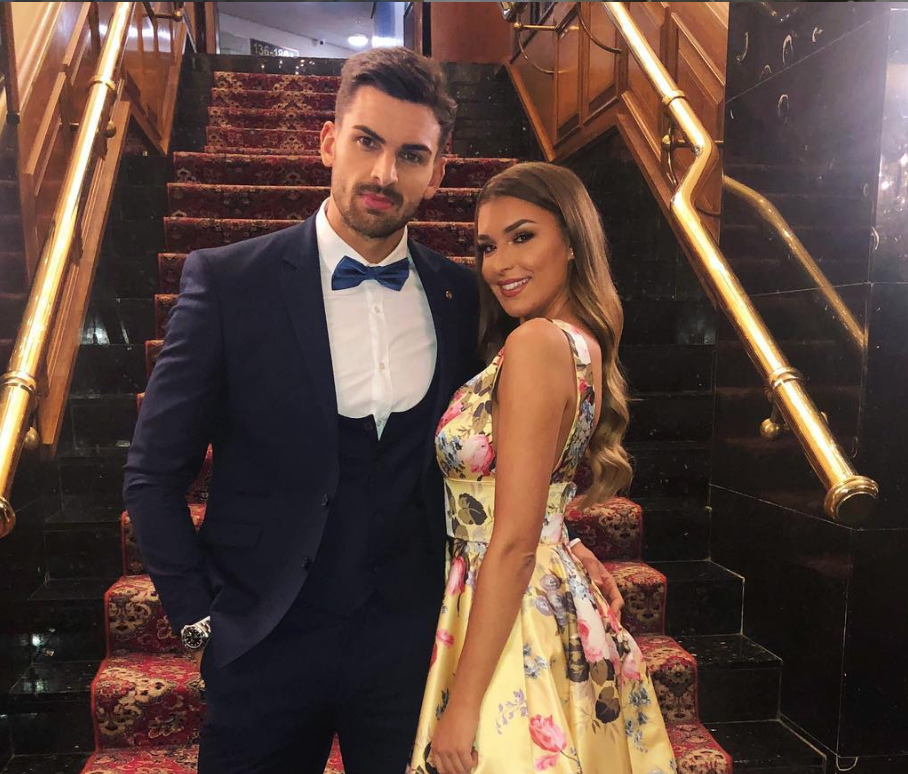 Adam Collard has been forced to respond, after he received serious backlash for posting a video of him firing a gun.

The reality star had captioned the video with the words, “Thank U, Next” – leading many to believe that he was taking a pop at his ex Zara McDermott.

After the video of him firing at a water bottle started receiving negative comments, Adam changed the caption to say, “man things”.

An insider told The Sun Online: “Adam made out like he had no idea what the phrase meant, but he’s listened to it enough times to know exactly how Zara’s fans would interpret that caption.”

“He’s already been accused of gaslighting women in the past and now this. He was just trying to be funny, but it blew up in his face.”

During his time on Love Island, Adam was accused of “emotionally abusive behaviour” by domestic abuse charity Women’s Aid – for the way he treated his co-star Rosie Williams.

After Adam edited the video’s caption, he told his followers: “I’ve changed this caption for the benefit of people’s poor opinions. But I care about Zara a hell of a lot and wouldn’t put anything on here that I thought was going to upset her in any way. 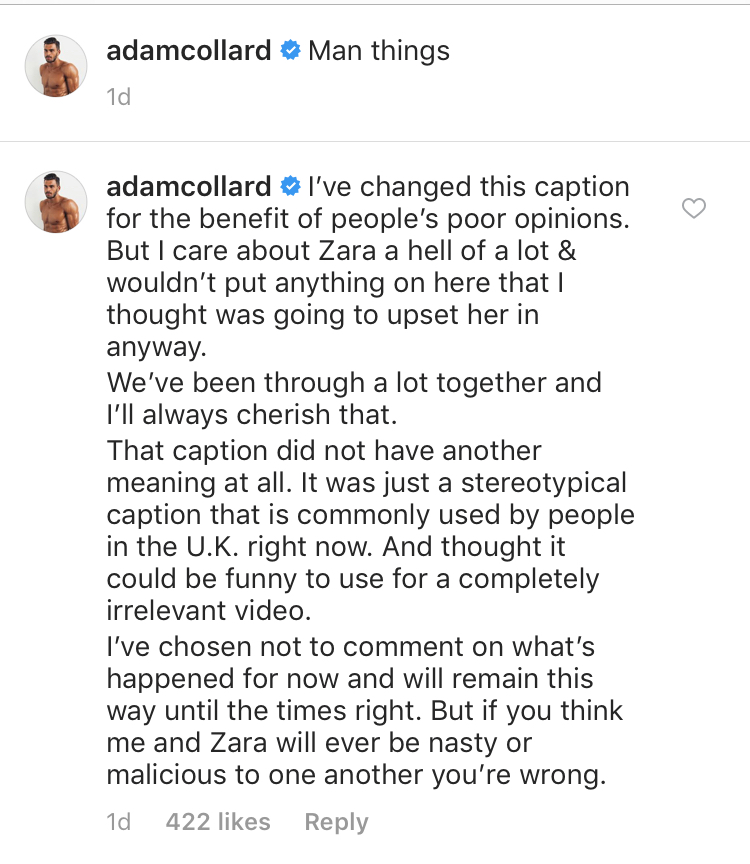 “We’ve been through a lot together and I’ll always cherish that. That caption did not have another meaning at all. It was just stereotypical caption that is commonly used by people in the UK right now.

“And I thought it could be funny to use for a completely irrelevant video. I’ve chosen not to comment on what’s happened for now and will remain this way until the time’s right.

“But if you think me and Zara will ever be nasty or malicious to one another you’re wrong,” he added.

It’s believed Adam reportedly dumped Zara via text, after the couple got into a series of arguments over him spending a boozy night at a hotel with two mystery women.