Last night, Love Island viewers were shocked as Jordan cracked on with India – despite asking Anna to be his girlfriend a mere two days beforehand.

Anna and the girls kicked off at Jordan, as Anna confronted him after she discovered that his head had been turned towards newcomer India Reynolds.

Outside the villa, Anna’s sister Mandi Vakili, a social media influencer with over 100k followers, put Jordan on blast for his treatment of her sister.

“I cant ever f*cking believe that this 23-year-old f*cking Shrek look-alike has been playing Anna this whole time. He has been lying,” she said.

“You’ve been playing a game, number one, he has been f*cking faking it this whole time to get to the finals. Also, this is why you haven’t had a relationship because you just have no f*cking feelings.” 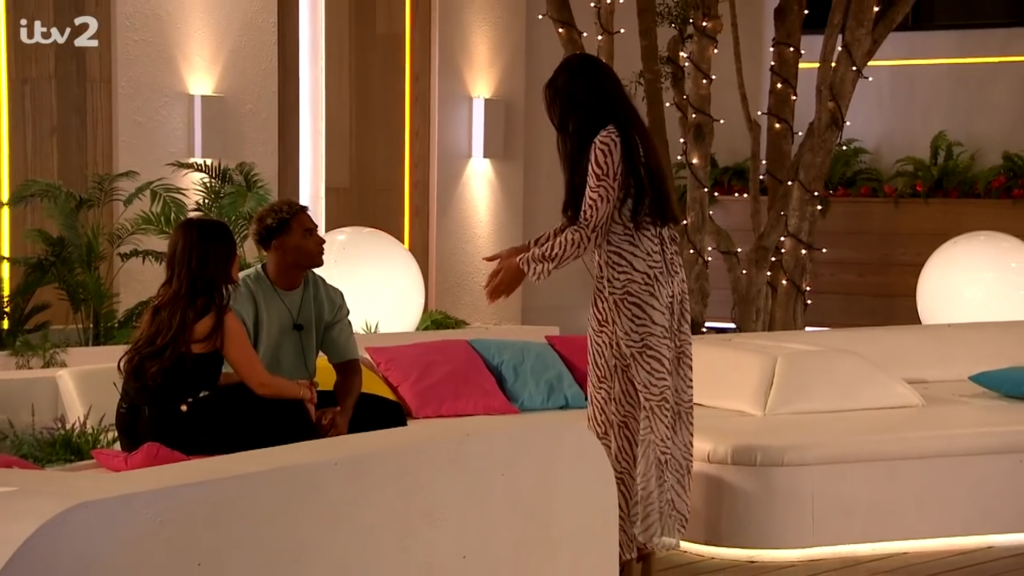 Mandi was particularly outraged that Jordan cracked on after asking Anna to make things official – a fact that many viewers also criticized him for via social media.

“Why would you ask someone to be your girlfriend if you even have that doubt in your mind that your head might turn?”

“Isnt the point that you ask someone to be your girlfriend the point where you’re like 100% this is the girl that right now I know I want to be with.”

“Okay, if you’re feelings change one month, two month, three months down the line – Two days? Two days later you realise you fancy a girl that’s already been there the f*cking time you asked her to be your girlfriend.”

Referencing her family’s Persian heritage, she finished:  “This is what happens when you boost a nobody’s ego.”

“You give them some ground and they start growing wings thinking their the shit. ‘oh let me fly to India now, because Iv’e already accomplished Persia, now I can get India.'”