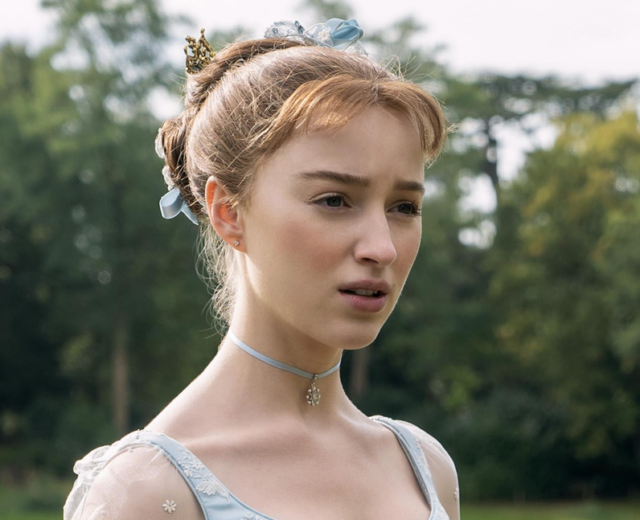 Fans of Bridgerton have been left stunned, after realising Phoebe Dynevor has a very famous mum.

The Netflix series stars Phoebe as Daphne Bridgerton, the oldest daughter of an influential family, as she searches for a husband in the competitive world of Regency London.

Described as Gossip Girl meets Downton Abbey, Bridgerton is the first series from Shonda Rhimes’s production company Shondaland, after she signed a lucrative deal with the streaming service.

It’s safe to say the period drama has received rave reviews online, but some fans have been shocked to discover that Phoebe is the daughter Coronation Street legend Sally Dynevor.

The 57-year-old has played Sally Webster in the long-running ITV soap since 1986.

One fan tweeted: “Mind is blown that the actress playing Daphne in Bridgerton is the daughter of SALLY IN CORRIE!!!! #Bridgerton.”

Another wrote: “Daphne’s mother in real life is Corrie’s Sally Webster and now I can’t unsee it #Bridgerton.”
.

Mind is blown that the actress playing Daphne in Bridgerton is the daughter of SALLY IN CORRIE!!!! #Bridgerton pic.twitter.com/0kXQUKjlK8

mind is blown that Daphne is played by Sally from Coronation Street’s daughter. a family with range! #Bridgerton

I just Googled the woman who plays Daphne to see if she’s Sally Dynevor’s (who plays Sally Webster in Corrie) daughter. She is. I knew Dynevor was too unusual a name for them to not be related. 😍 #Bridgerton

Finished #Bridgerton and gone to follow the cast on socials, Daphne is only Sally Webster’s daughter in real life! pic.twitter.com/KM5TdhrKXN

My mind is continuously blown by the fact that the main actress in #Bridgerton is Sally Webster from Corrie’s daughter pic.twitter.com/pHfpFUsxc7