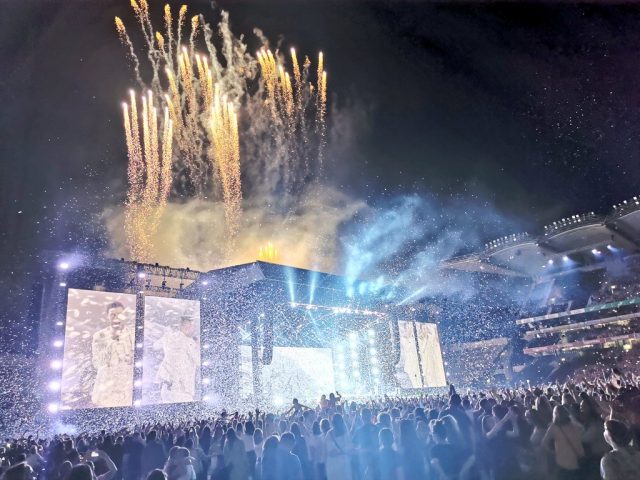 It was a balmy, dull day by the time we got ourselves to Croke Park. and watched as Wild Youth and James Arthur serenaded crowds – as people of all ages eagerly awaited the return of Westlife.

I’ve never seen an entire stadium so buzzed, everyone was dancing and singing. Even between the acts, Westlife fans made new friends as they danced to a seriously good playlist as we waited for the boys to make their big return.

The last time I had seen Westlife perform was in the very same spot, and it was just as exciting and emotional, because they were saying goodbye.

Last night Nicky, Shane, Mark and Kian returned to say ‘Hello My Love’ and it was like they never left. 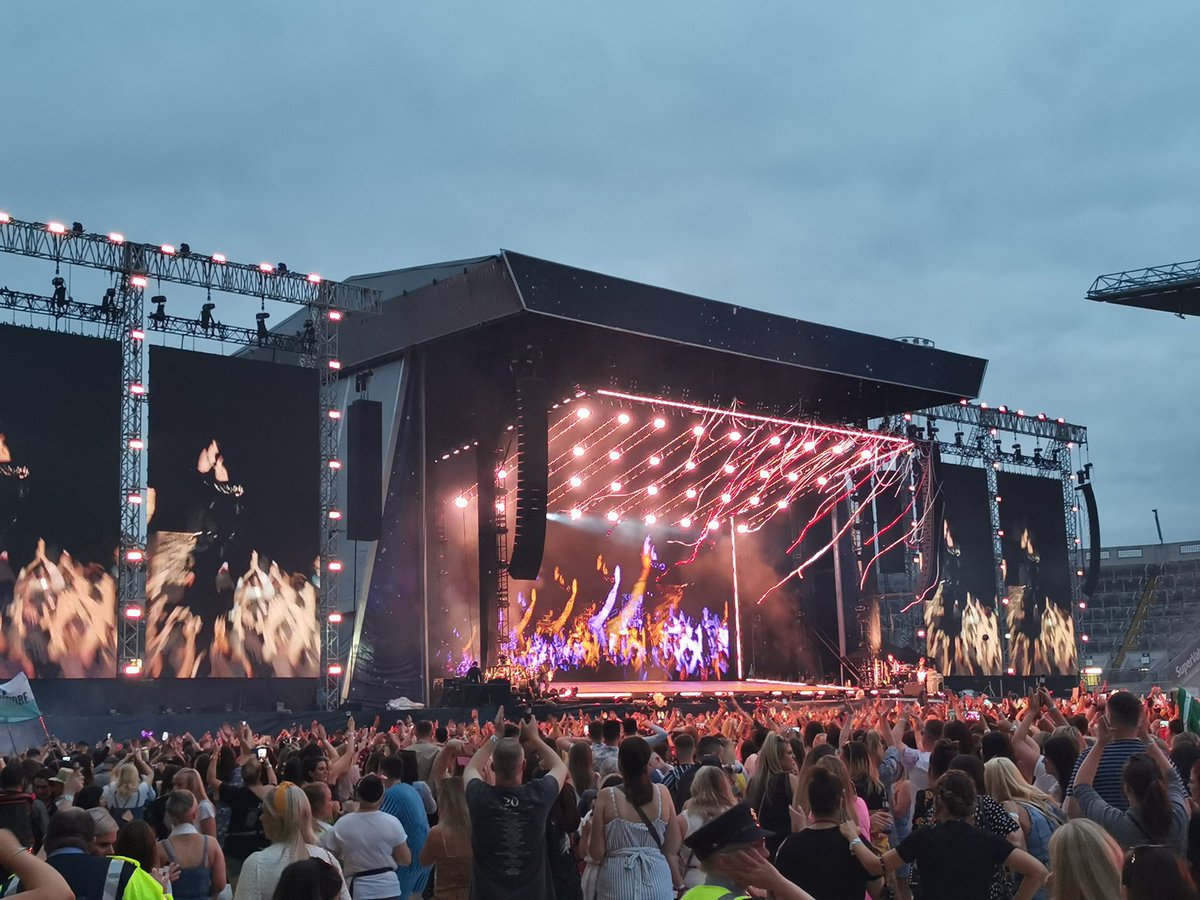 The grey skies seemed to turn into a perfect blue for when the foursome arrived on stage, in the most spectacular way (let’s just say they love fireworks).

You can tell just watching the look on their faces that they were nervous, were their fans still as obsessed with their music? Would people enjoy their songs as much? The answer is yes to both by the way.

Each band member spoke to the crowd throughout the night, thanking us, the fans, for returning in our droves, and singing back the lyrics to every hit they have ever made.

.@MarkusFeehily got very emotional last night, talking to the crowds about how proud he is to be becoming a father 😭 and how proud he is of Ireland 🇮🇪 pic.twitter.com/51KTtJkQoT

In an emotional speech Mark admitted that all four band mates had been “shaking and crying” as they walked onto the Croke Park stage for song one, “I don’t know if you guys noticed” he said – we didn’t.

And during the gig we heard their new song Dynamite, another whopper tune, indicating that Westlife’s return is well and truly still ongoing.

I have never met Shane or Mark in person but I’ve met Nicky multiple times, and chatted to Kian before, and over the years Goss team members have interviewed them all.

And all I can tell you is that these four guys are the most genuine guys in showbiz.

There’s no scandal behind the scenes, there’s no fighting and backstabbing backstage; these are four good guys who have come back to give us a good time.

We have been asking for this reunion for so long, Louis Walsh has been saying it’s going to happen pretty much the minute after they did heir Farewell tour, so it’s so satisfying to finally have the guys back together.

What I loved about the Croke Park gig as well was how personal it was. They celebrated Shane’s 40th on stage, they all brought their children out to be cheered by the crowds – it’s family first for these guys, and together they are a family too.

I won’t lie I did some air grabbing myself, the lads brought out the always reliable stools, and there was a fun Queen-inspired music mix in the middle – so this gig really had it all.

There was a few highlights for me, but when the lads came out into the middle of the crowds and sang Michael Buble’s ‘Home’ – there was goosebumps.

They stood together singing out to the 85,000 sold out stadium, with thousands of flash lights lighting up Croke Park in the dark, they sang ‘Let me go home’…well lads, it’s safe to say you are truly home now.