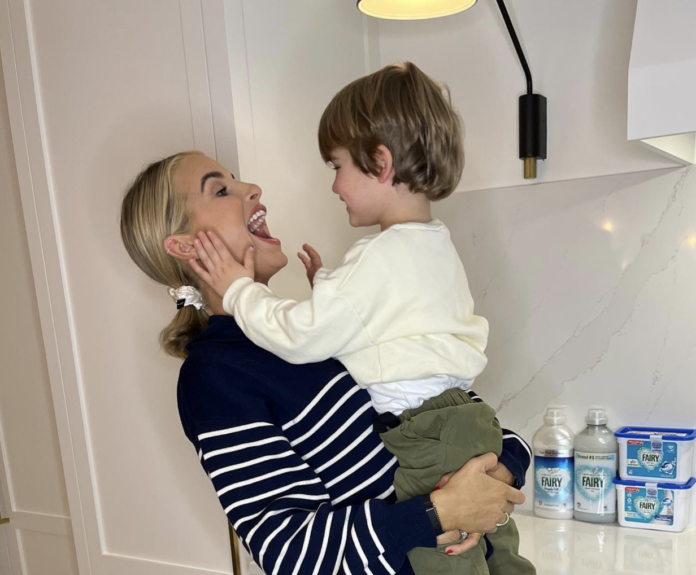 Vogue Williams has revealed how her son Theodore is getting on with his new baby brother Otto.

The TV presenter and her husband Spencer Matthews welcomed their third child together on April 18, making them a family-of-five.

Taking to Instagram on Tuesday night, the Dublin native shared a sweet photo of her newborn being soothed by her eldest son. 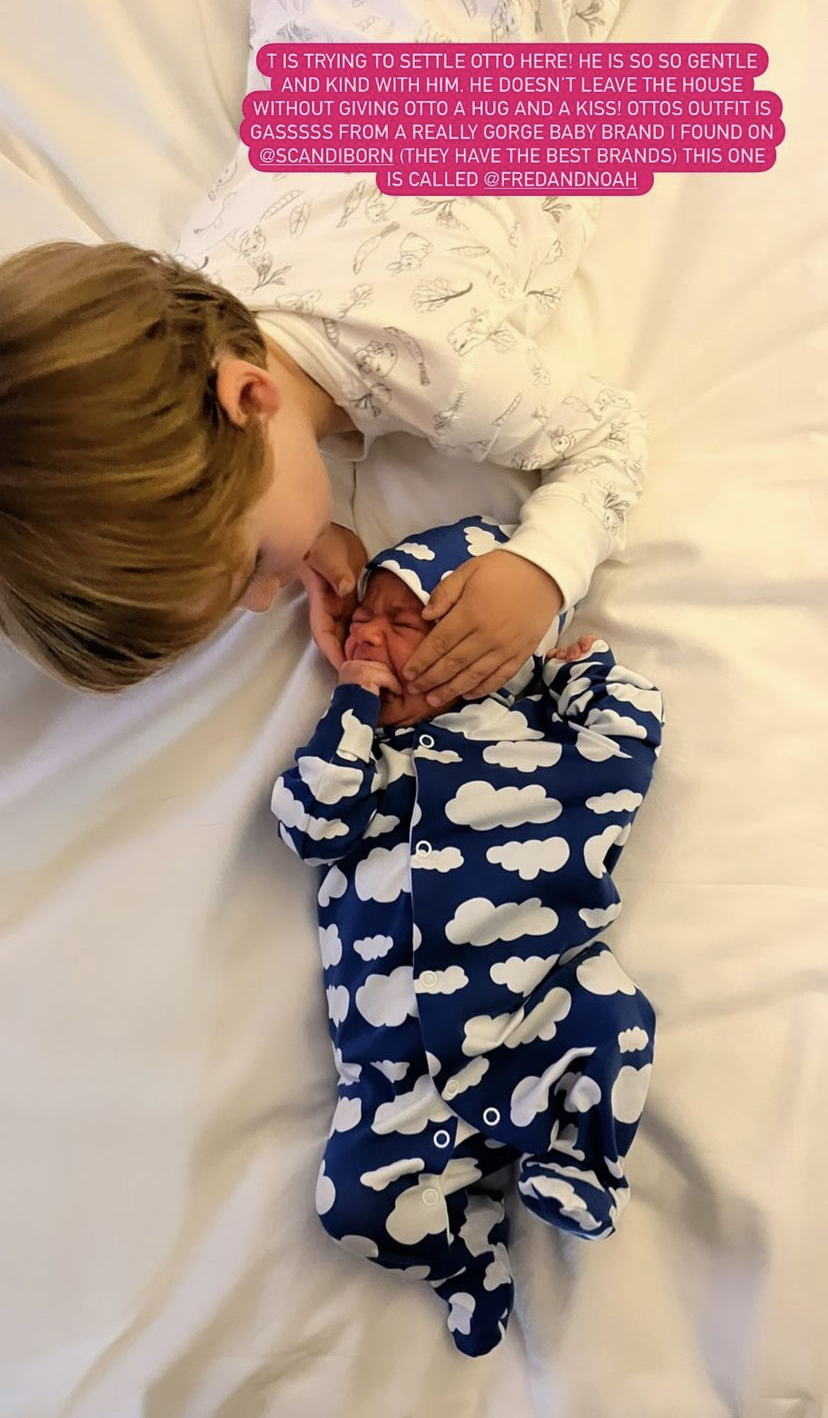 She captioned the post: “T is trying to settle Otto here! He is so so gentle and kind with him.

“He doesn’t leave the house without giving Otto a hug and a kiss!”

The mother-of-three also shared an adorable snap of her newborn son yawning, and wrote: “I know the feeling Otto.” 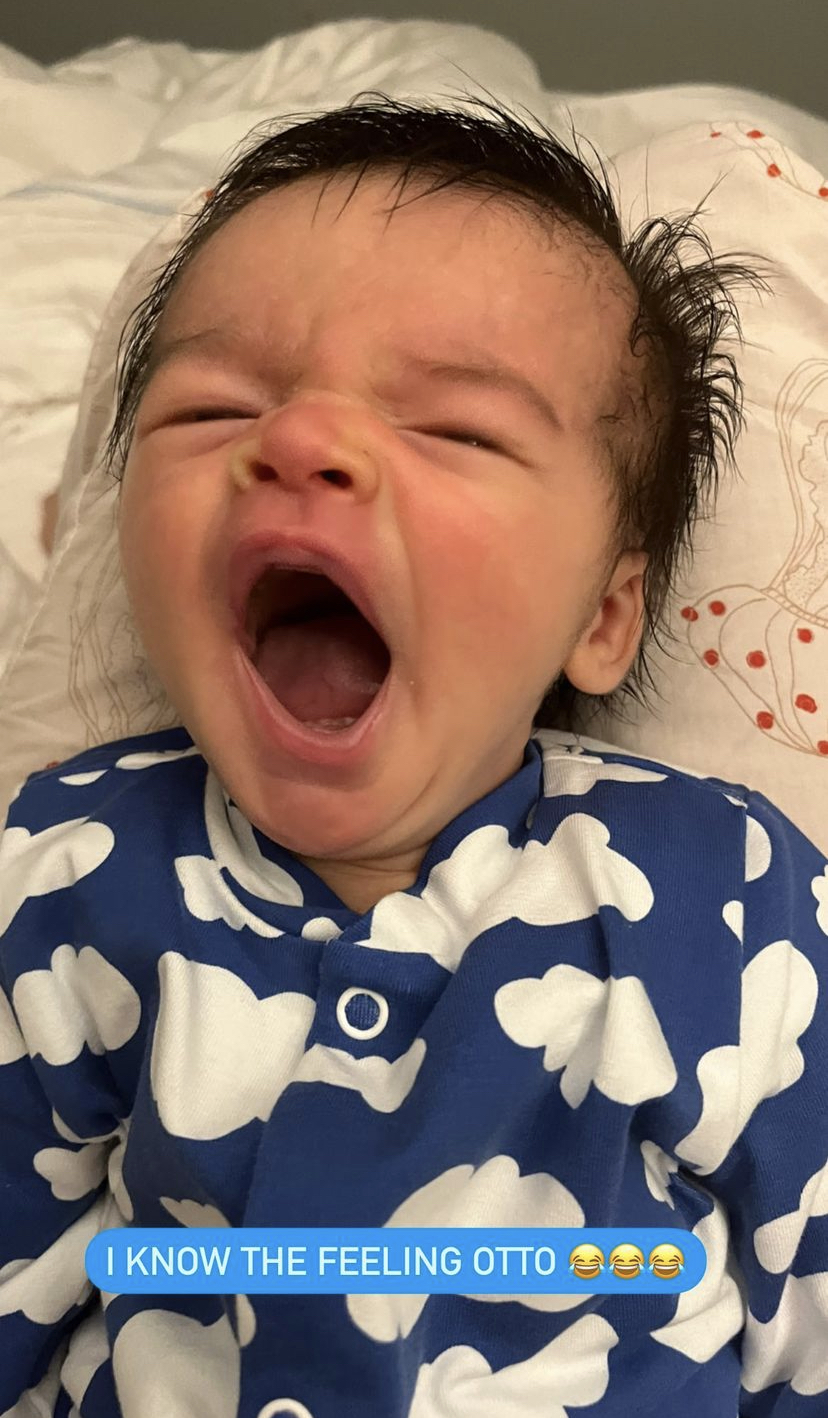 During a recent interview with Hello magazine, Vogue explained why they chose the name Otto for their third child.

The 36-year-old said: “I heard somebody else’s child called Otto a couple of years ago and the name always stuck. I just loved it.”

“Otto slotted in straight away. The kids love him and we are obsessed with him,” she continued.

“Theodore and Gigi love playing with each other and I think that Otto’s going to be another little member of their gang. It’s really lovely to see.”

Recalling the moment she gave birth, Vogue added: “It’s amazing when you see your baby for the first time because you’re dying to see what they look like and you’re dying to hold them. It’s just really exciting and emotional.”

Spencer added: “It felt great and we were delighted that he was healthy and safe. It was a feeling of immense love.”