Una Healy has revealed why she doesn’t “go mouthing off” about her personal life on social media.

Following her split from Ben Foden in 2018, the Tipperary native has had to deal with a lot of unwanted attention surrounding her personal life over the past two years.

Speaking on The Lisa McHugh Podcast, the mum-of-two said gossip spreads much faster these days because of social media.

She said: “I think everybody really puts out a lot more of their personal lives now than ever before because of social media.”

“Everyone shares what they are having for their breakfast, regardless of whether they’re a celebrity or not, and people document their lives all the time. It’s just the new way of life.” 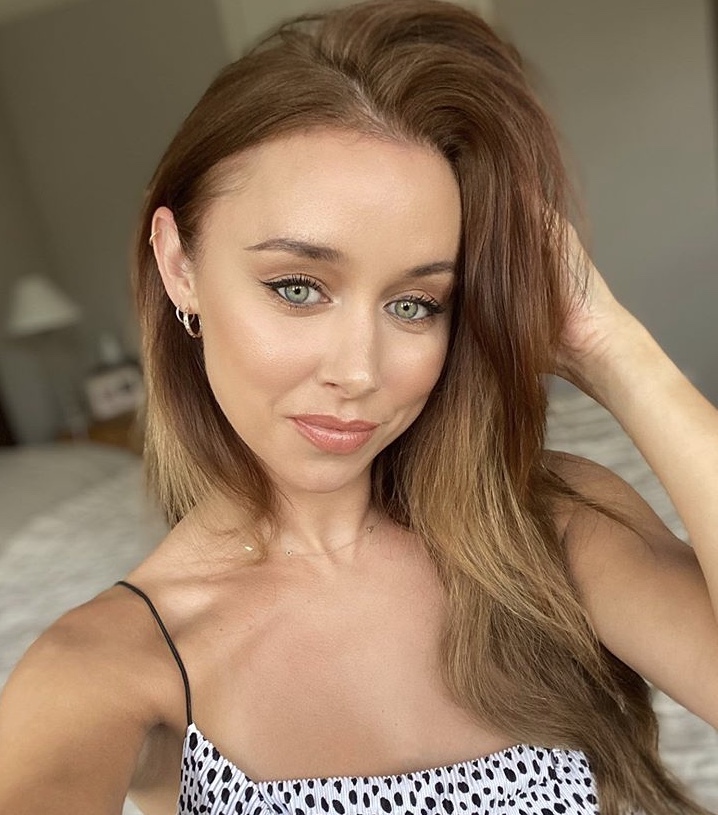 “And I guess if there’s any gossip going at all, regardless of whether you are well-known or not, it flies around the town first and then on Instagram and Twitter,” she explained.

“It’s the same thing, you’re still going through it personally, its just a lot more people know about it.”

Addressing the support she’s received from fans over the past few years, Una said: “People have been really kind, and I have learned to just be quiet and not go mouthing off about it.” 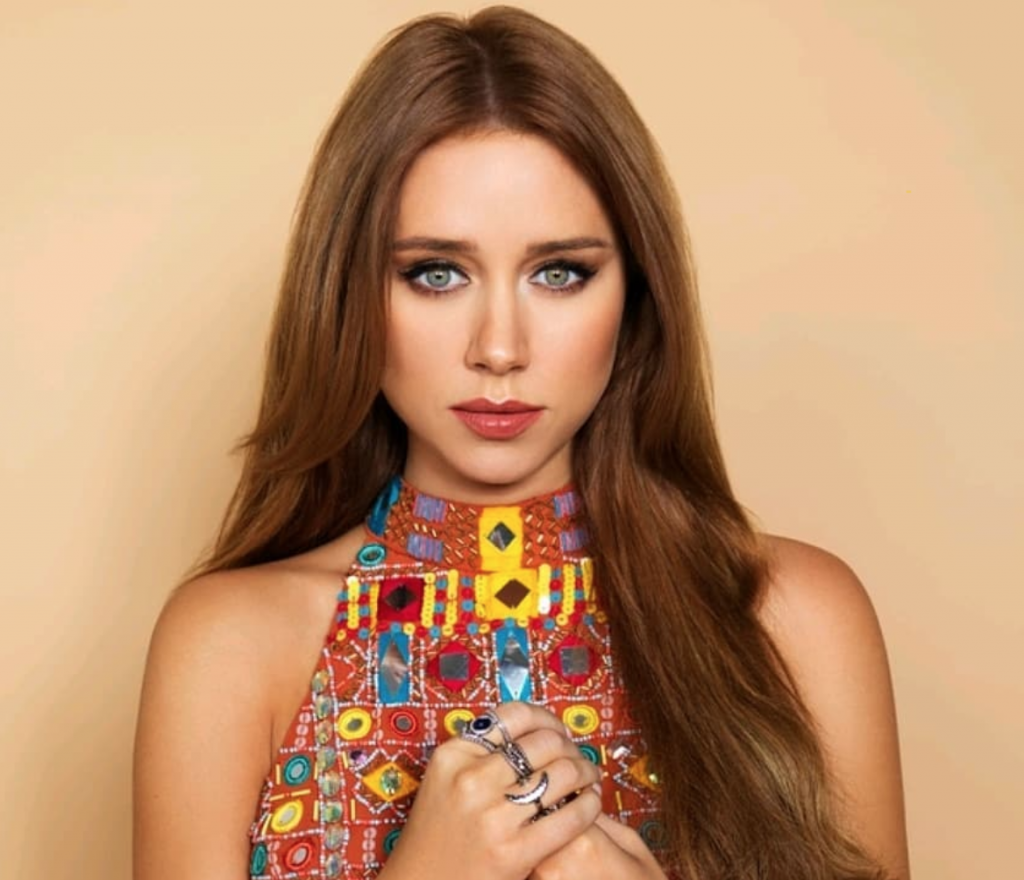 “Its best to keep it as personal as you can. Certain things are just gonna get out there, and if people put their foot in it and say things, its out of my control…”

“So you know, I can only control what I say and I try not to say too much because I don’t want to regret it.”

“And also I’ve got two little children, so I don’t want to have them when they’re older read back on anything that I might have said in haste or whatever. I’ve to be careful.”

Jackie shared a lengthy statement on her Instagram Story, after she received a horrible message about their newborn daughter, Farrah.

The message read: “So Ben. If there was a choice who to save from a burning building Aoife Belle or your new daughter. Which would you save?” [sic]

The message referred to Ben’s eight-year-old daughter Aoife Belle, who he shares with Una.

The former couple are also parents to their five-year-old son Tadgh. 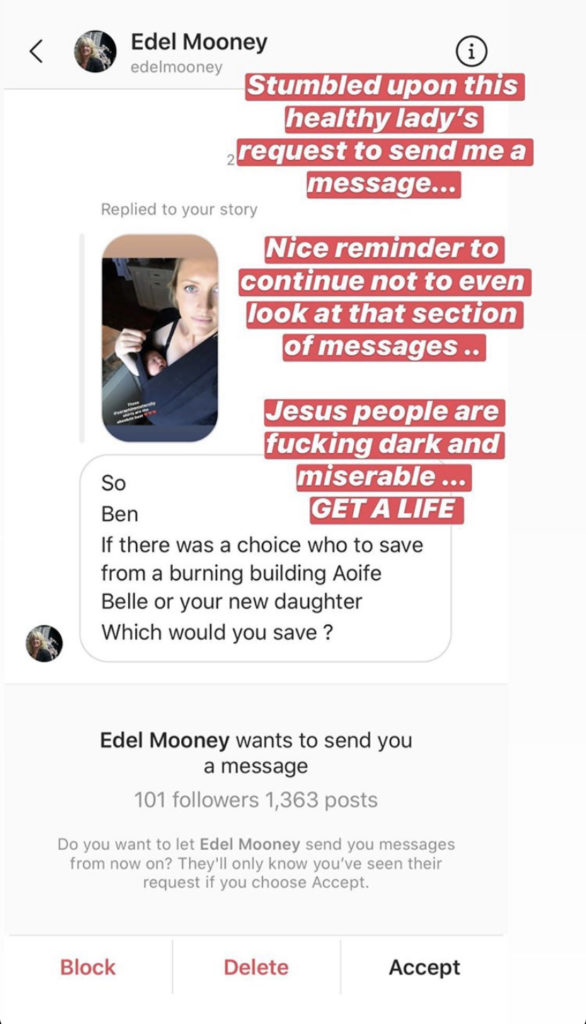 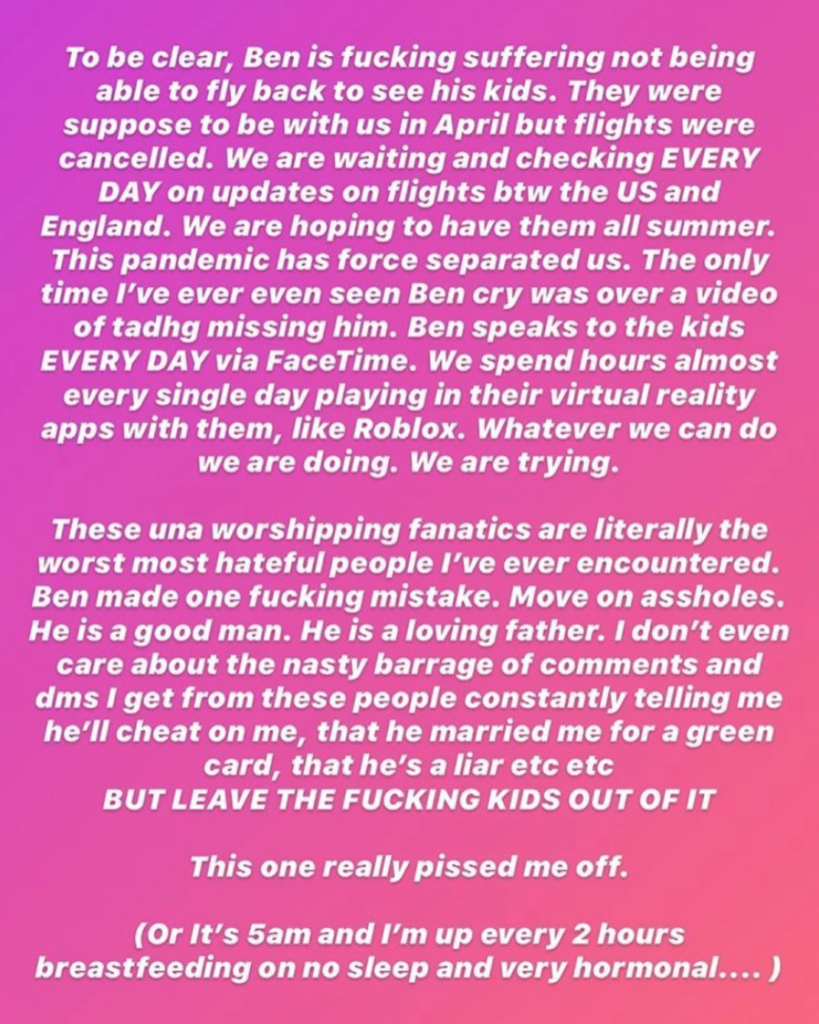 Ben and Jackie welcomed their first child last May, nine months after they tied the knot in the US after just weeks of knowing each other.

The rugby star moved on with Jackie after splitting from Una in July 2018 after six years of marriage.