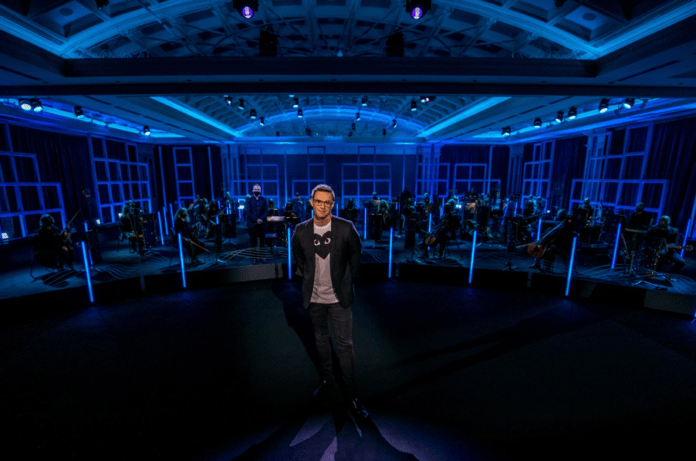 RTÉ has announced the first guest for Bressie’s new chat show, Soundtrack to My Life.

The programme will premiere this Saturday, September 18, at 9.50pm on RTÉ One.

Each episode will see an Irish artist collaborate with the RTÉ Concert Orchestra to create a unique playlist of songs that mean the most to them, and reveal the stories behind their choices.

Bressie, otherwise known as Niall Breslin, will sit down with each guest, as they give an insight into who they are, what they do and the music they love.

The first episode will star an icon of Irish music, Johnny Logan.

The record breaking Eurovision star has compiled a soundtrack of incredible songs, and will perform some of his greatest hits on the show.

His invited guests, including Luka Bloom, Jerry Fish, Grainne Duffy and Jimmy Smyth, will also sing some of his favourite songs – backed by the incredible sound of the RTÉ Concert Orchestra.

Alongside his performances, Johnny will sit down with Niall to look back on his life and career through his chosen music.

In this candid and honest interview, he reveals how fans saved him, how Ireland can win the Eurovision, and his hopes for the future.

He also discusses how the loss of his great friend Shay Healy has impacted on him.

James Vincent McMorrow and Celine Byrne will also appear as guests on the show over the next few weeks.

EXCLUSIVE! Too Hot To Handle star Beaux shares update on her romance with Harry