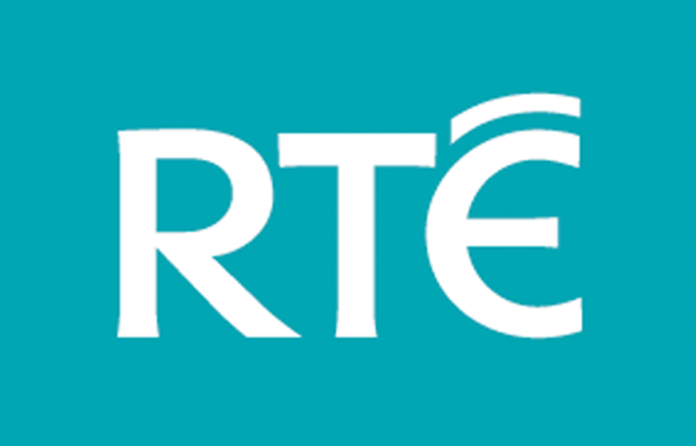 A PR expert has criticised RTÉ for ‘drawing attention’ to the secret producer Twitter account, which was created on September 7.

The account (@rtesecretpro), which is said to be run by a “long-term RTÉ producer”, now has over 24,000 followers, after the broadcaster issued a statement saying it “deplores the content” of the account, and called it “profoundly disloyal to staff”.

Speaking to the Irish Sun, Eoghan McDermott, of the Communications Clinic, said, “RTE issuing the statement created an awareness around the account.”

“If the person behind it wanted attention, they certainly got it. It might have been better if RTE waited to see if it went away.”

“This account is a version of whistleblowing. The person behind the account isn’t happy and must feel there isn’t an avenue or channel for them to voice their views.”

“But being anonymous, their views won’t be taken on board by management. All this account will do is create suspicion among the ranks.”

Since September 7, the anonymous Twitter account has been venting on the state of the broadcaster, writing, “There are committed and talented people here, but bad systems, petty infighting & disillusioned staff make it difficult to do good.” 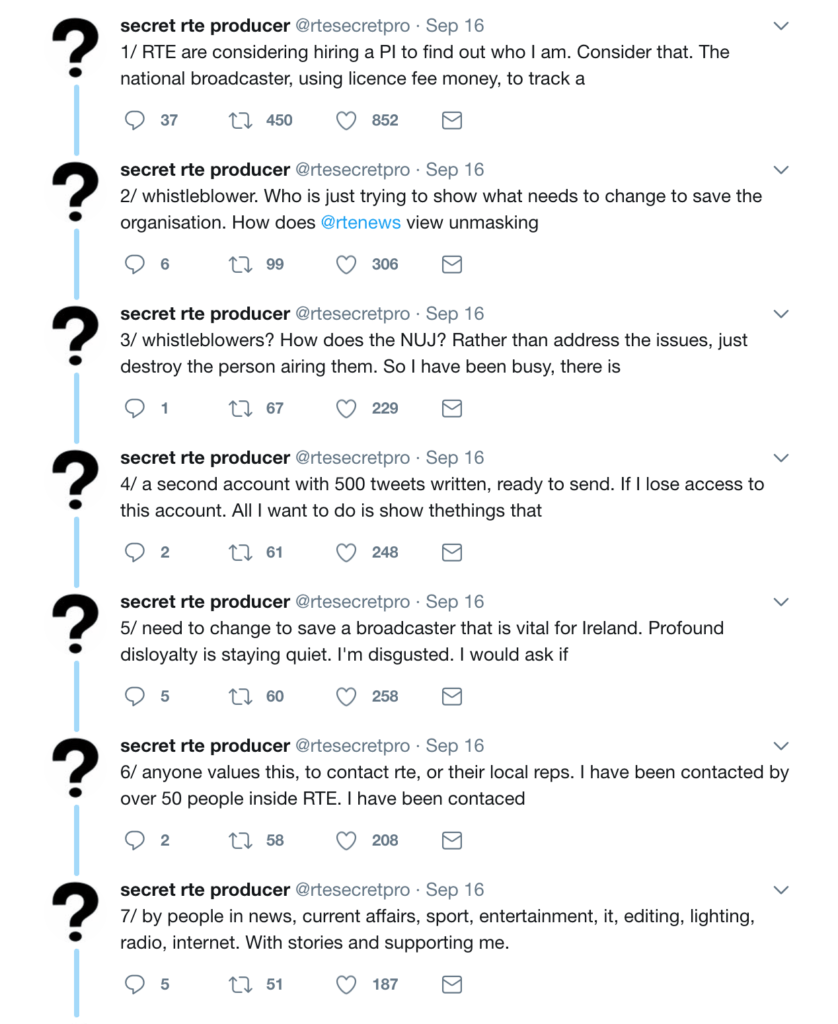 The secret producer has also claimed that they have been contacted and offered support by “over 50 people in RTE” including “news, current affairs, sport, entertainment, IT, editing, lighting, radio” staff.

It has been reported that RTÉ are desperately trying to identify the employee behind the account, and are considering hiring a private investigator.